Truly the last gasp of a toxic man. 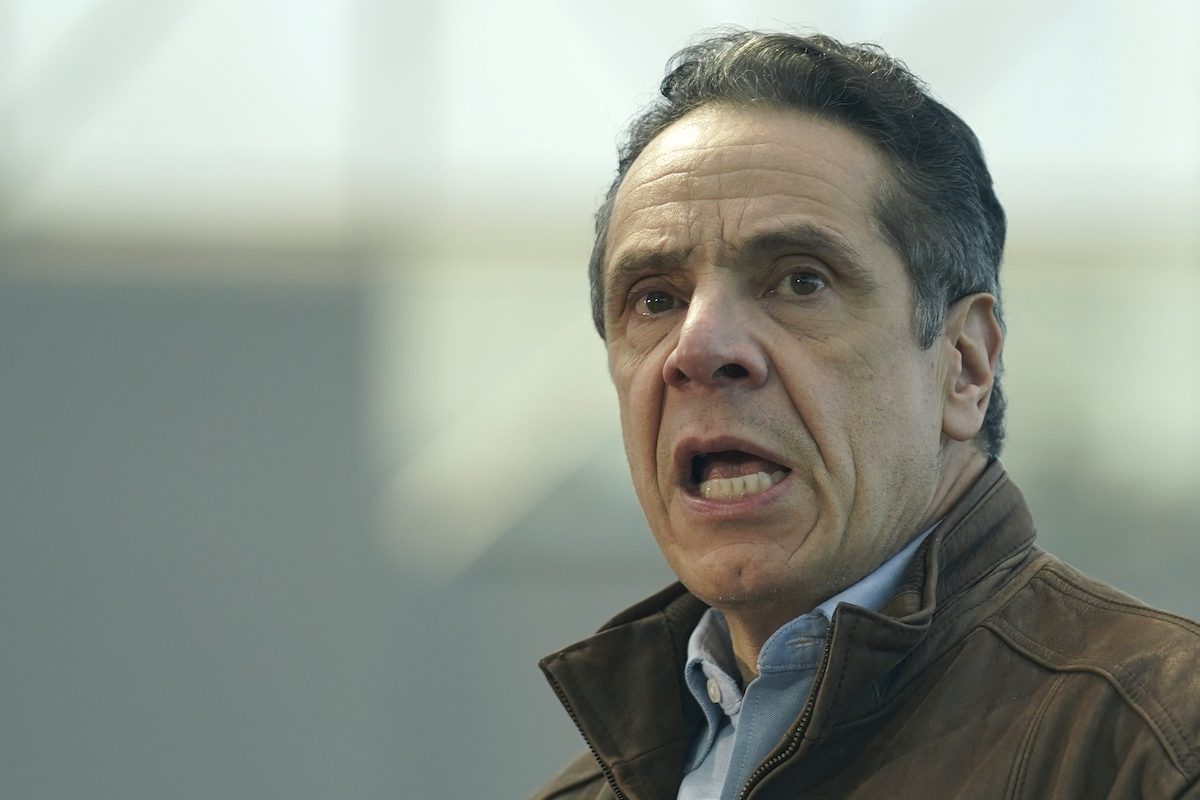 In the two weeks since Lindsey Boylan detailed the sexual harassment she says she experienced while working for New York governor Andrew Cuomo, five more women have come forward with their own similar accounts.

Most of the women who have spoken out worked for Cuomo (or in at least one case, still do) and have accused Cuomo of inappropriate behavior ranging from sexually-charged conversations to kissing or trying to kiss them without consent.

The most recent accusations come from an unnamed current aide who says Cuomo “aggressively groped” her while she was helping him with a minor technical issue with his cell phone at his Executive Mansion. Another woman, Anna Ruch, did not work for Cuomo but met him at a wedding where he placed his hands on her face and asked to kiss her.

Cuomo has denied physically touching anyone in an inappropriate way. He did not deny making inappropriate comments to his employees but he framed them as “being playful” and trying “to add some levity and banter to what is a very serious business.”

But the behavior described by six women (when he made that statement, only two had come forward) is not “playful,” it’s predatory. On top of that, the investigation into his mishandling of nursing homes during the pandemic is still ongoing and is making Cuomo look increasingly awful.

Cuomo has been accused of deliberately undercounting COVID-19 deaths in nursing homes by categorizing them as hospital deaths, thereby fueling the spread of the virus within nursing home communities. Cuomo admitted to fudging those numbers and blamed Donald Trump, saying that Trump would politicize the report and use it as an attack. He’s almost definitely right about that but it’s not a reason to deliberately manipulate the data.

Moreover, journalists found that Cuomo’s aides changed the numbers in a report back in July to hide the full number of nursing home deaths, months before Cuomo had admitted to doing so.

Now 59 state legislators in New York are calling for Cuomo to resign. Other politicians including New York City mayor Bill de Blasio and 14 of the state’s Democratic Congressional representatives have also said he needs to step down.

After two accounts of sexual assault, four accounts of harassment, the Attorney General’s investigation finding the Governor’s admin hid nursing home data from the legislature & public, we agree with the 55+ members of the New York State legislature that the Governor must resign. pic.twitter.com/jV5dwtuVPr

In a press conference Friday, Cuomo said once again that he has no plans to resign and insinuated that the motivations for asking him to do so might be more sinister. He also basically told those approximately 75 politicians to mind their own business.

“Politicians who don’t know a single fact but yet form a conclusion and an opinion are—in my opinion—reckless and dangerous,” he said. “The people of New York should not have confidence in a politician who takes a position without knowing any facts or substance.”

I don’t think that forming an opinion based on the individual testimony of six women and numerous independent investigations is “reckless” but Cuomo thinks it’s “politics at its worst.”

He also has another term for it—and I honestly can’t believe I didn’t see this coming. Andrew Cuomo now says that he’s the latest victim of “cancel culture.”

In criticizing those politicians who have called for his resignation, Cuomo says that “people know the difference between playing politics, bowing to cancel culture, and the truth.”

We actually don’t know “the truth” (although we can certainly choose to believe the women who have spoken out), which is why it’s good that the state’s attorney general Letitia James is launching an investigation into the allegations that have been made. Meanwhile, New York Democrats have taken the first steps to start an impeachment investigation into Cuomo’s actions.

But acknowledging the mounting allegations against Cuomo, as well as the actions he has already admitted to, is not “cancel culture,” although there’s really no surer way to guarantee no one takes you seriously than to throw that phrase out. It is truly the last gasp of a toxic man.

There should be an autocorrect that turns “cancel culture” into “accountability.”

The cancel culture mob loves to take people down for things like “not being PC enough” and “covering up the deaths of thousands of senior citizens” https://t.co/wm2SESB9bZ

I keep thinking how strange it is we’re upset about cancel culture now that it’s about accountability instead of the silent/pervasive cancelling of victimized folks. What do you call it when a woman is forced to abandon a career to escape an abusive boss? I’d call it cancelled. https://t.co/9R6CcyDHqO

Cuomo is using “cancel culture” for its intended purpose, which is to avoid responsibility by playing the victim