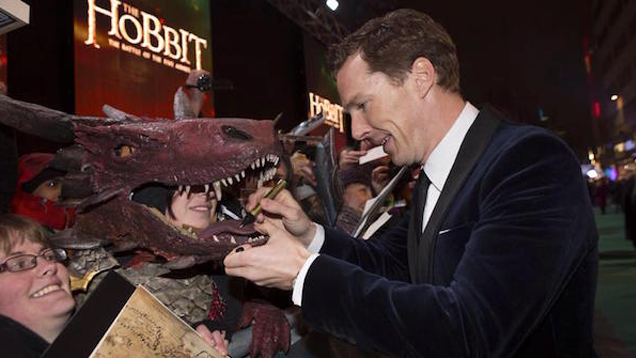 When Redditor Kialna cosplayed as Smaug for this year’s AnimeCon, she had no idea that Benedict the Golden himself would one day bless her headpiece. Truly, life is a strange and beautiful adventure.

As Kialna explained on Reddit, she had an opportunity to meet Cumberbatch and snag an autograph at this year’s The Battle Of The Five Armies premiere: 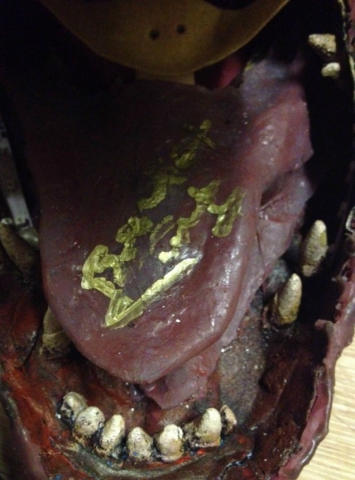 Judging from Reddit, Kialna’s light-up cosplay took several months and upwards of 2,000 Euros to build. And her effort shows: 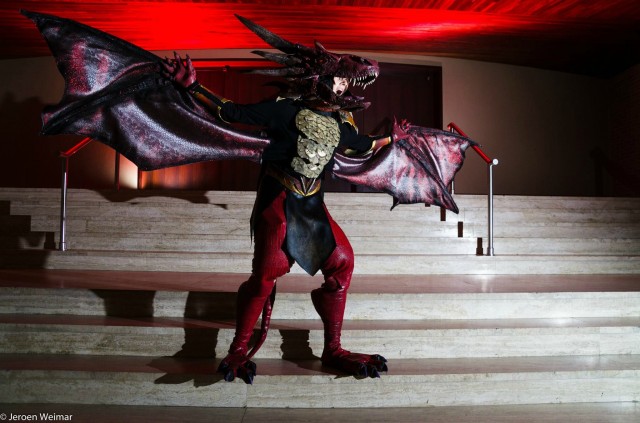 To see more clips and pictures of the Cumber-approved cosplay, head on over to Imgur. Eat your heart out, Colbert.

Benedict CumberbatchcosplaySmaugThe Hobbit: The Battle of the Five Armies