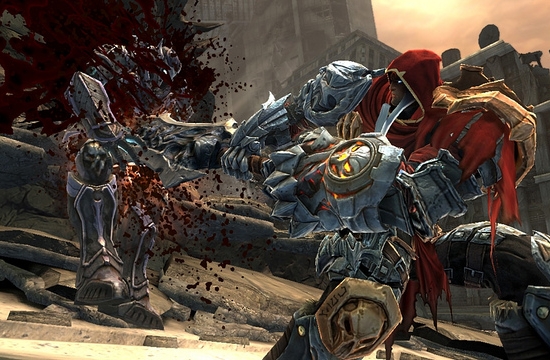 Video game publisher THQ‘s bankruptcy was an unfortunate mess made palatable by the fact that the majority of their assets and studios were picked up by other interested parties. We say “majority” because Darksiders developer Vigil Games was left out in the cold to die thanks to having just released a game not too long ago. The video game industry is not known to be one of stability. Even so, it looks like not being gobbled up at auction will produce some interesting results since Crytek, another video game developer, has recruited the core members of Vigil Games for a new Austin-based studio: Crytek USA.

It’s not clear exactly what the newly-formed Crytek USA will be working on, but it’s clear that Crytek probably has a few ideas given that they snatched up 35 developers that formerly made up the core of Vigil Games. It’s not a complete save, but we’ll take what we can get. Besides, it’s hard not to have at least a little faith in the people that brought Crysis into existence.

Crytek USA isn’t the only thing the German-based company came away with out of THQ’s bankruptcy. They also obtained the rights to the Homefront franchise, which makes sense given that they’re developing Homefront 2. There’s really nothing to say about the game except that it can’t be any worse than the original. It at least has that going for it.

With all the horror stories that circulate about layoffs and the like within the video game industry, it’s nice to see something positive crop up for a change.

(via Polygon, image via THQInsider)