For a Movie About Being a Rebel Artist, Cruella Just Highlights Everything Wrong With Disney 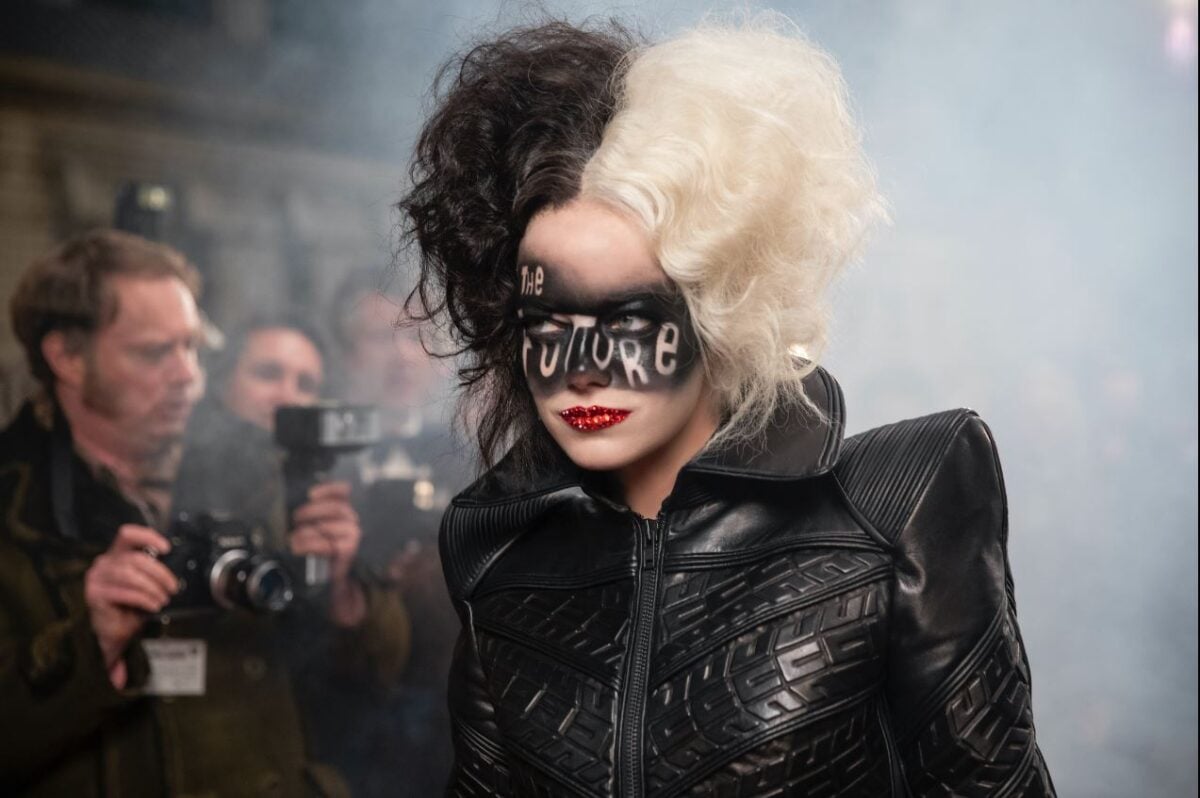 Stealing puppies is not the only thing Cruella is guilty of.

So we have a story about a classic, irredeemable villain who is known for thoroughly enjoying their own wickedness with a laugh … except now it’s an origin story in a ’70s-ish setting where the villain is now a sympathetic nobody who’s beaten down by the people on top, a twist involving their parentage and the main “antagonist” of their story, and a scene/trailer set to “Smile” by Nat King Cole.

Everyone talks about how so many of the live action Disney movies are just rehashes of their old material. But I don’t think enough attention is being paid to the ways in which Disney is using their own properties to basically compete with/remake other successful movies under their own IP.

Maleficent (2014) was Wicked meets Snow White and the Huntsman (2012). Dumbo (2019) was Disney’s take on The Greatest Showman (2017), even going so far as to interrogate the original movie’s glorification of circus animals, specifically Barnum’s use of elephants. The Beauty and the Beast (2017) remake takes some cues from the 2014 remake of the original La Belle et la Bête, much like how the original animated movie did.

Even their “original” movies fall into this, with their planned Jungle Cruise (2021) movie looking like a Jumanji: Welcome to the Jungle (2015) knock-off, even getting the Rock as a main character!

A large part of that is the nature of the entertainment industry, I know; there was a boom in historical/fantasy political dramas after Game of Thrones, in historical pop musicals after Hamilton. Heck, Joker (2019) itself is basically Taxi Driver in the DC universe.

But Disney continued attempts at copying the work of other studios, while also recycling from their own “vault,” feels so much more insidious, greedy, and creatively bankrupt just for the sheer fact that they’re a multibillion dollar company that still feels the need to take these stories, slap the Disney logo on them, and have the nerve to say: “Look, we made something new!”

I know I shouldn’t expect much considering Disney has built its empire on adapting works that were not their own, everything from classic fairy tales to The Hundred and One Dalmatians (1956) book (yes, even Cruella de Vil herself is not a creation of Disney, which makes this origin story even more baffling). And they’re so good at adapting that they have often supplanted the original works as the first version everyone thinks of when they hear the story.

But there is a difference between adapting and straight up theft.

Honestly, I think that part of the reason Cruella rubbed me the wrong way was that it had potential; it’s a beautifully shot movie with a great cast and gorgeous costumes … but I was constantly distracted by the story and how it constantly seemed at odds with itself and the fact that it’s one half villain origin story and one half Disney movie. Let’s be honest: They originally wanted Cruella’s mother to be mauled by the Dalmatians but knew they could never let that fly in a Disney film, hence why we got that ridiculous, highly meme-able scene of the Dalmatians yeeting Cruella’s mother off the cliff.

But the writers seemed to constrain themselves not only with their need to make a Cruella movie fit for Disney, but also make it similar to Joker in ways it did not need to be. The ’70s setting feels particularly baffling considering the original movie took place in the 1950s/1960s, and this is supposed to be a prequel. The soundtrack being mostly made up of ’70s songs with the occasional cover also feels like an attempt to cash-in on ’70s nostalgia that has made the soundtracks of Guardians of the Galaxy and Joker so popular.

SPOILERS: Plot-wise, the “twist” that reveals the Baroness is Cruella’s birth mother feels lifted straight out of Joker, without understanding why they had that “twist” in the movie. In Joker, Arthur Fleck believing Thomas Wayne to be his father illustrates how his entire life and mental state has been built on lies and delusions, partially of his own making, but also inherited from his mother, who may not even be his real mother if he was indeed adopted.

In Cruella, it’s just a way to explain how Cruella got her money without having to earn it and a way to “explain” her “narcissism” and “talent.”

The ending of her taking over “Hellman’s Hall” feels especially weird, with Cruella starting out as a punk artist, like a Banksy of the fashion world who steals from the rich because the rich are thieves, only to basically become the very thing she was fighting against by the end.

The appropriation of punk aesthetic in particular feels very in-line with this particular genre of late-stage capitalist media; the sheer audacity of this movie with an all-star cast, a budget of $200 million, being produced by the biggest media conglomerate in all of human history, trying to play at being punk is just the icing on top of the cake. I know some people appreciated the throwback to ’70s queer culture and more power to them, but the fact remains that Artie the secondhand boutique owner is even less of a prominent character than LeFou of Beauty and the Beast 2017.

Plus, Cruella never seems concerned with fighting against society at large, only focused on bringing down the Baroness in the most publicly humiliating and destructive ways possible—which also fits in with Joker, since Arthur also couldn’t give two shits about any kind of revolution or uprising, so long as he got the admiration he felt he deserved. But the difference is that Arthur is still the villain at the end of the story. Cruella is not, and they make it clear from all of her girl-boss-y lines that we are definitely supposed to be rooting for her by the end.

Everything from the anti-capitalism critique to the exploration of neurodivergent villains just feels like a watered down, half-baked Joker. I’m not even a big fan of Joker and I still felt insulted that they took Smile from the first Joker trailer and used it in Cruella. 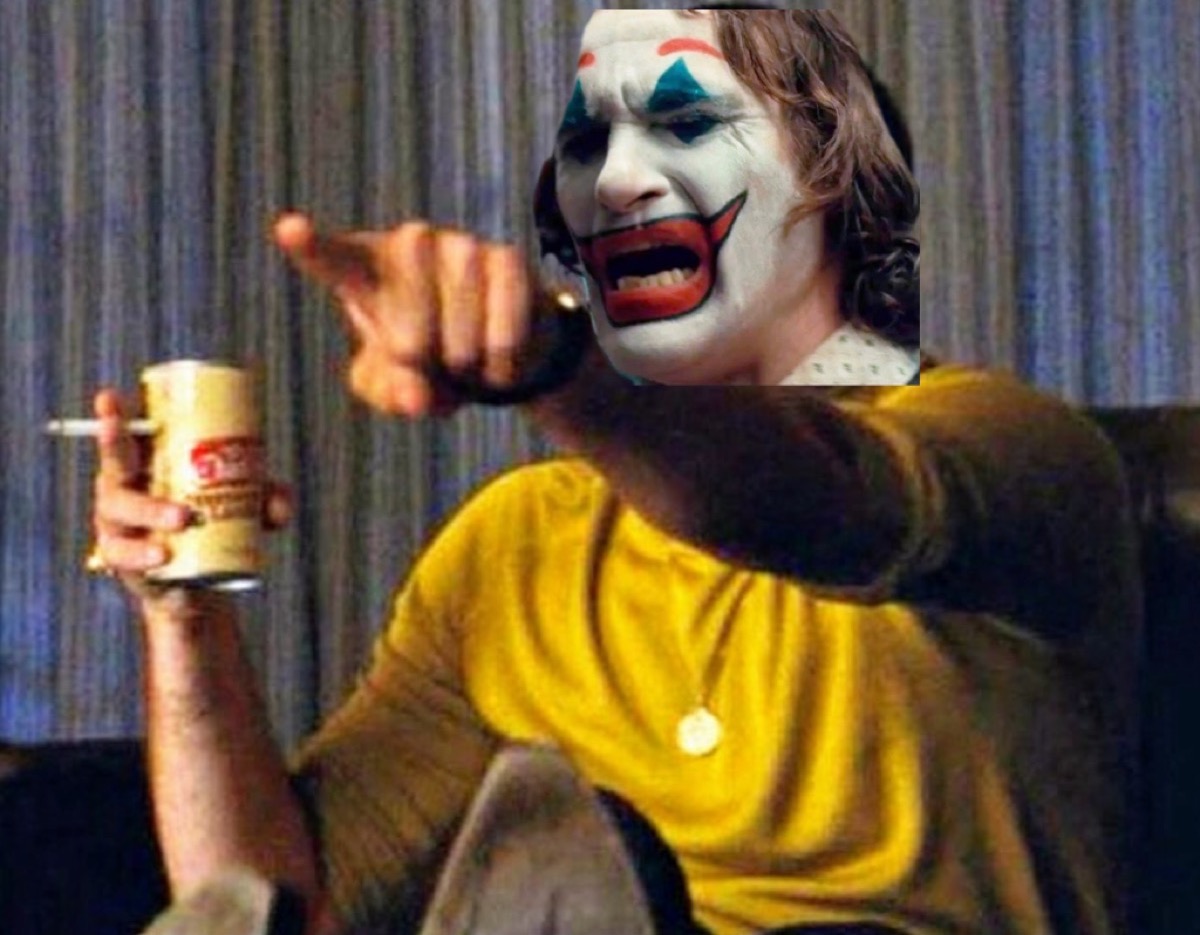 Add in the usual sorry displays of “diversity” that amount to no meaningful change for actual marginalized groups onscreen, and the punk rebel label feels almost like a joke. Oh look, we’ve got yet another “first” gay character!

(Also, did no one along the production of this movie think that maybe having Pongo and Perdita the Dalmatians come from the same litter of puppies would maybe not be a great idea? I mean, I know inbreeding is common in purebred dogs like Dalmatians, but the same litter?!)

Perhaps the worst part is that they make it a point in the movie that the Baroness, the main villain and Cruella’s boss, is stealing the designs of those who work for her. It seems like a typical villain thing to do, which makes it all the more ironic considering Disney has been doing that to their own artists for decades, but has increased in scale on this with the more intellectual property and licenses it collects.

All of this looks past the fact that many of Disney’s live-action reboots are mostly rehashes of the originals (which is a different kind of theft, as pointed out by the writers of the original Aladdin, who got paid no money for the use of lines from the original movie in a tweet that has since been deleted). Disney not only makes the same film twice, basically printing money, but they don’t have to pay the original cast/crew any royalties for those movies or characters or ideas, meaning they don’t have to share that newfound money with any of the artists who built the whole thing in the first place.

And I know that I am part of the problem: I paid money to see  in theaters. I have a Disney+ account. I love Star Wars and Marvel and even classic Disney.

But I think we should all be tired of letting Disney get away with the bare minimum. Using a Disney character or property to remake a story that’s already been told is not original; it’s lazy, when it’s not thinly veiled theft.

Cruella isn’t just a rehash of Joker, of course, but I still feel like Cruella as an example encompasses everything wrong with so many of Disney’s current live-action movies and how they are so disinterested in taking their own creative risks and actually making an original story that they limit themselves. And for a movie about being a rebel artist, limiting themselves by copying others is probably the most insulting part.