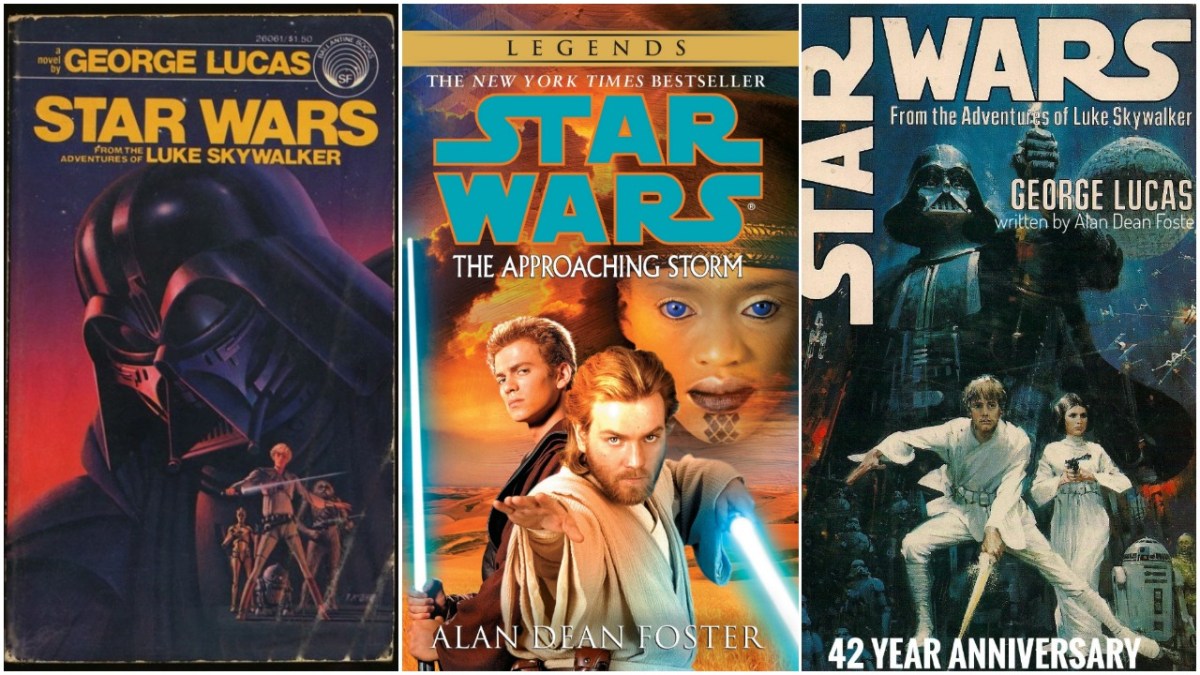 When the Walt Disney Company spent $4 billion to acquire Lucasfilm in 2012, they were amassing a galaxy’s worth of characters, sagas, and intellectual property. In short order, Disney churned out a new trilogy, standalone films, a hit series, a theme park and more, all in service of the world of Star Wars. But as Disney rakes in billions in Star Wars revenue, they refuse to pay royalties on the franchise’s novelizations.

According to the Science Fiction and Fantasy Writers of America association, Star Wars novelists have been shut off from royalties, as have fellow novelists for 20th Century Fox’s library, which include books set in the worlds of Alien and Buffy the Vampire Slayer, among others.

One such novelist is Alan Dean Foster, who wrote the original novelization of Star Wars: A New Hope and has penned countless Star Wars novelizations since. In his original contract with George Lucas in the 1970s, Foster was paid $7,500 upfront, with a 0.5% royalty on sales that have since earned him that original fee several times over. Foster, a notable name among fans the world over, is now in his mid-70s, and doesn’t understand why a multi-billion dollar corporation like Disney is bilking him out of a few thousand dollars.

“I’m not Steve Spielberg. I’m not Steve King. I don’t even have a name that starts with Steve,” Foster said. He only discovered the lack of royalty checks after the Disney-Fox merger in 2019, when he abruptly stopped receiving royalties for the three Alien novels he penned. His lawyer contacted Disney, where he was told that while the company acquired the rights to the books, they were not beholden to any royalties.

If that sounds ridiculous to you, imagine how it must sound to Foster. “Disney has acquired a house with a mortgage on it. They want to keep living in the house. They don’t want to pay the mortgage,” he said succintly. And he’s not alone: Donald Glut, who novelized The Empire Strikes Back, and James Kahn, who wrote the book for Return of the Jedi, have both claimed they were missing royalty checks as well.

In an open letter to Disney, Foster wrote, “All these books are all still very much in print. They still earn money. For you. When one company buys another, they acquire its liabilities as well as its assets. You’re certainly reaping the benefits of the assets. I’d very much like my miniscule (though it’s not small to me) share.”

The Science Fiction and Fantasy Writers of America association is raising awareness on the issue with the hashtag #DisneyMustPay. SFWA’s President, Mary Robinette Kowal, released a statement saying,

“In my decade with the organization, the fact that we are forced to present this publicly is unprecedented. So too, are the problems. The simple problem is that we have a writer who is not being paid.

The larger problem has the potential to affect every writer. Disney’s argument is that they have purchased the rights but not the obligations of the contract. In other words, they believe they have the right to publish work, but are not obligated to pay the writer no matter what the contract says. If we let this stand, it could set precedent to fundamentally alter the way copyright and contracts operate in the United States. All a publisher would have to do to break a contract would be to sell it to a sibling company.”

Disney released their own statement, saying “We are carefully reviewing whether any royalty payments may have been missed as a result of acquisition integration and will take appropriate remedial steps if that is the case.” It’s still a puzzling decision considering that these royalties are a mere drop in the bucket for the multi-billion dollar corporation.

Many took to social media in support of Foster and his fellow authors, demanding that Disney pay these writers what they’re owed.

…he is not alone. At least half a dozen authors have come forward to report that #DisneyMustPay them royalties for their novelizations of Disney properties as well. If you are having a similar problem, please report it here: https://t.co/0f2KKEVncv
To raise awareness, RT. pic.twitter.com/EAwBvo8ks4

Can't wait to watch the Mandalorian and join the convo once Disney pays Alan Dean Foster.#DisneyMustPay

Disney must pay the writers.
Alan Dean Foster is due his royalties.#disneymustpay pic.twitter.com/4SuemhNEik

The best part of the Mandalorian season finale is when Mando straightens up and looks to the horizon and everything is still and perfect and despite his helmet you can see him thinking about how Disney needs to pay its fucking writers otherwise there’s no content #disneymustpay pic.twitter.com/OZi1sWd5Ir