Crocodiles Can Climb Trees, Everything Is Horrifying | The Mary Sue

Next you'll be telling us sharks can swim in fresh water. Oh, wait. 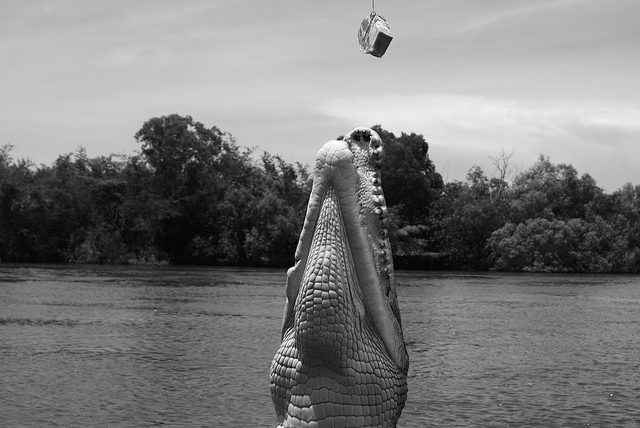 If your plan of escape in the event of a crocodile attack involves scampering to safety up in a tree, you might want to revise that. It turns out that crocodiles are great at climbing fences, tree trunks, and probably scaling the wall into your bedroom window.

A recent study in Herpetology Notes explains that even though they lack “any obvious morphological adaptations for arboreality”, crocodiles–and probably their extinct prehistoric ancestors–are really, really great at climbing trees.

The authors of the study (Vladimir Dinets, Adam Britton, and Matthew Shirley) don’t know what kind of sorcery is allowing the stubby-limbed predators to perform their arboreal acrobatics, they just know we need to keep our eyes on the skies.

For city-dwellers like me who aren’t accustomed to seeing ‘diles on the reg, apparently it’s long been thought that the toothy guys are capable of doing some climbing. The team of researchers didn’t have to do much to make a convincing case for climbing crocs–their study simply references historical texts, modern day accounts, and their personal experiences in the field while working on unrelated research. It’s largely anecdotal evidence, but still a reminder that nature is consistently and creatively horrifying. 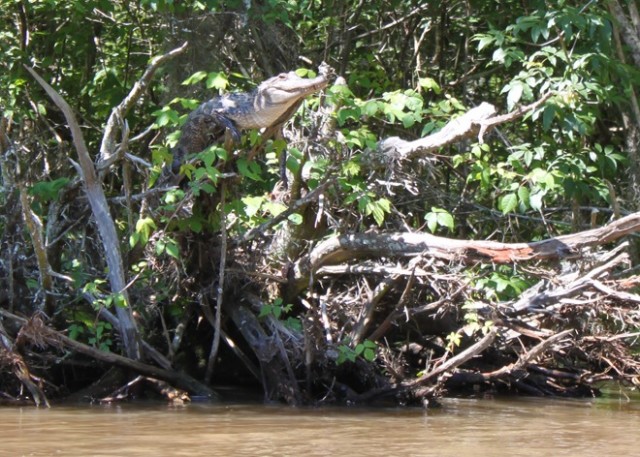 The team first references a scientific text from 1972 that describes how crocodiles can “climb into bushes, up trees and even hang on reeds like chameleons.” Lovely.

In areas with large populations of crocodiles (such as Mississippi, right here in the good ol’ U S of A) the team received reports of juvenile crocodiles as high as thirty feet up in the air (not floating there, obviously, but still impressive.)

In their own studies, the fearless team described watching crocodiles scale chain link fences, climb up trees far from the river bank, and in one instance, hang out on branches 30 feet in the air. Of this last instance, the team says “to reach this site the crocodile would have had to scale a [13-foot] completely vertical bank and then walk amongst the branches to reach the end of the tree.”

The team posits that crocodiles elevate themselves to regulate body temperature and get their bearings, not so that they can wait and dive bomb prey below. But that’s not a theory I really want to test.

(Via Wired News, image via tseyin and Herpetology Notes)