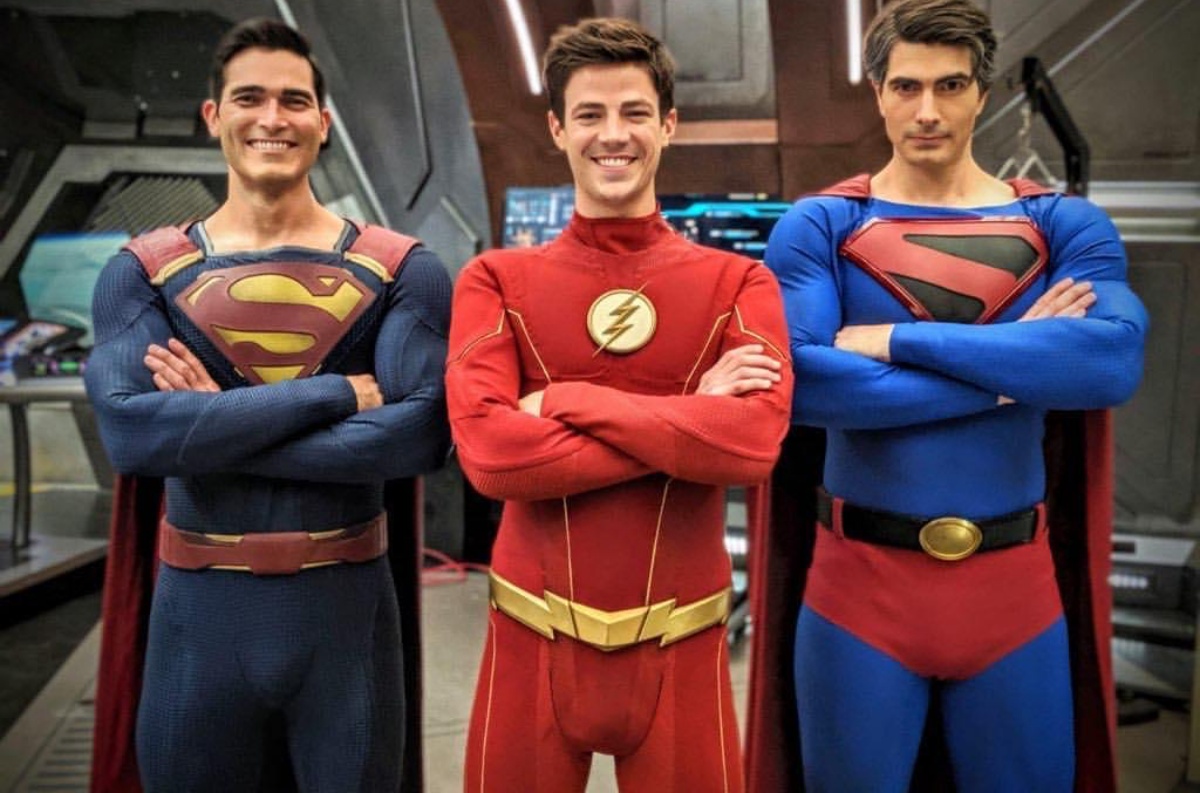 More than anything in film right now, it’s the Crisis on Infinite Earths crossover that has me so excited. Endgame was something special on the Big Screen, but when it comes to television, not only is DC dominating, but I find that they have managed to capture a lot of what is lovable about the comics (mostly) and had adapted it (mostly) into watchable television. What is happening in Crisis is truly fantastic and despite the many, many gripes I’ve had with the overarching series, this stuff makes me happy to see. Especially the ways in which the casts have all been interacting.

One of my favorite images from the cast as been Grant Gustin aka Barry Allen/The Flash, just seeming so happy with his costars. Cress Williams who plays Black Lightning posted a great tweet calling Gustin a “true pro” and a “great new friend.” We also have an image of Gustin in the middle of a Superman sandwich with Tyler Hoechlin and Brandon Routh’s Supermen.

We know that there will also be a meeting between Tyler Hoechlin and Smallville‘s Tom Welling’s Clark Kents. Plus we got a look at the two Loises: Elizabeth Tulloch (Supergirl) and Erica Durance (Smallville). Which, can I just say, I wish that Terri Hatcher was in this picture two because she’s also such an iconic Lois it makes me want to cry for it.

Had so much fun with this Gal last week. What a badass🤗 @bitsietulloch #loislane #Smallville #Supergirl #Crisiscrossover

In case you missed any of the many new cast announcements, here’s what we have: Smallville stars Tom Welling and Erica Durance, Black Lightning‘s Cress Williams, Batman 1966 star Burt Ward, Batman: The Animated Series voice actor Kevin Conroy, Legends of Tomorrow’s Jonah Hex, The Flash‘s John Wesley Shipp, plus there are talks about Lynda Carter being involved. But most importantly, we have Ashley Scott’s Huntress from Birds of Prey. I can’t wait and I’m so glad to be seeing all these returning DC people. Honestly, this is why people love comics and I love that we are gonna see this amazing thing come to life.