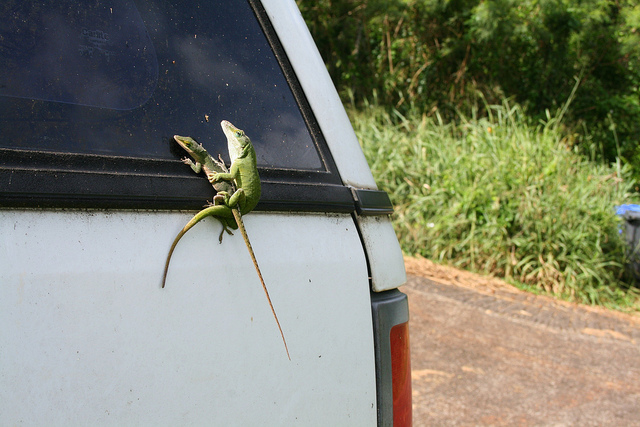 Al Jazeera America reports in the aptly-named article “Lust in space” that a team from the Medico-Biological Institute admitted yesterday that the satellite was no longer responding to commands from Earth. The Russian space firm Progress reports that the technical difficulties may be due to a glitch in the satellite’s engine, but I think it’s equally likely that the dirtbag geckos decided they wanted researchers to be able to look, but not touch: the sex cam beaming a live feed down to Earth is still functioning, and the four females and one male have reportedly been “keeping busy.” Researchers had originally hoped to recover the crew after 60 days to continue experiments back on our planet, but if contact can’t be reestablished the Institute predicts its geckonauts will starve to death before Foton-M4 crashes back to Earth.

Hopefully some lizard people, er, concerned citizens can help re-establish contact with the craft before it crashes, but in the meantime, I suggest we all give a thumbs-up to the stars tonight. Somewhere above us, hurtling through space, is the kind of pleasure we on Earth can only dream of.

Previously in animals doing it