Science Says Couples Who Sleep Close Together Are Happier, We Say Shove It, Science

Seriously, science. I'm trying to sleep. Go back to your own side. 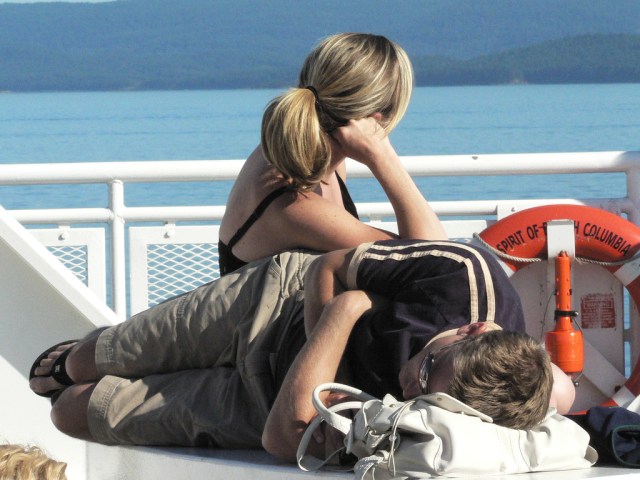 According to a study on the sleeping habits of couples, those who find their optimal sleep zone farther than one inch away from their partner are less likely to be happy. Well, that’s what the numbers show anyway, but numbers can be a bit misleading, and I’m 100% sure my fiancée is happier keeping my body’s nuclear sleep temperature way on the other side of the bed.

The study led by Professor Wiseman (not joking) makes it appear as though couples who sleep more than 30 inches apart are less likely to be happy in their relationship than couples who sleep closer, and those who sleep only an inch apart (or less) are happiest, according to The Telegraph.

Yes, some couples apparently sleep at least 30 inches apart. I don’t know how you can be unhappy when you can afford enough mattress and floor-space to sleep 30 inches apart. Are you sleeping in separate beds like it’s 1955? Bunk beds, maybe? You can sleep closer together than that while on the opposite sides of a wall, guys.

Anyway, the study, which had  a sample size of 1,000 (it’s a little ambiguous as to whether that’s 500 couples or one person from each of 1,000 couples) did a pretty decent job of determining the most common sleep habits of couples. Only twelve percent of couples spent the night less than an inch apart, while an even smaller two percent could somehow secure the luxury of sleeping thirty inches away from each other. Most of us find our comfort zone somewhere in the middle, and we’re probably perfectly happy that way.

If I had to guess, I’d say the people who are capable of sleeping within one inch of another human are happier because they’re obviously better at sleeping than the rest of us and not because of proximity. Rolling over 8,000 times doesn’t work too well when you’re right next to someone who’s trying to sleep.

So, don’t feel ashamed if you don’t sleep basically on top of your partner. We don’t need to invent sleep-shaming. You’re an adult, and it’s OK to enjoy the fact that you’re not crammed into a double bed like some kind of college student couple. If you are some kind of college student, I’m sure you’ll agree that sleeping mashed up against someone else is nothing to be envious about.