Cory Booker Sees the Hope in Star Trek Just Like Us 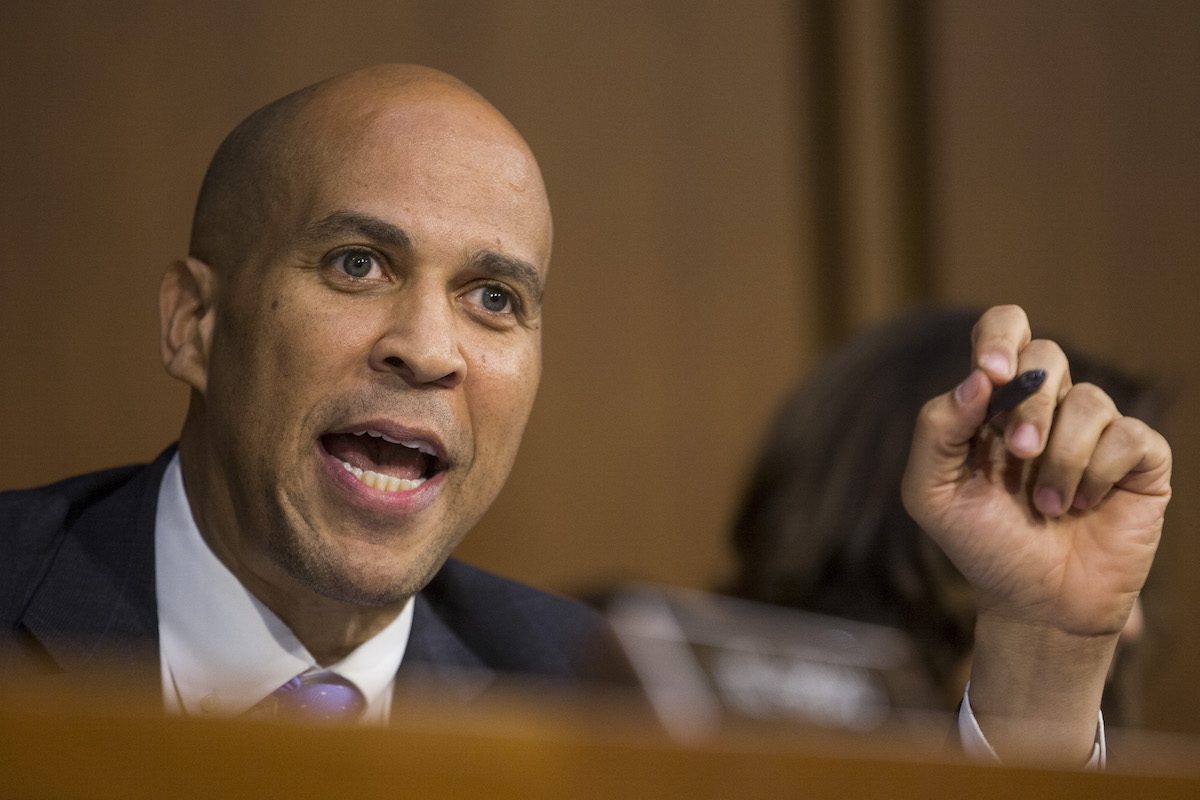 Today marks the 53rd anniversary of the premiere of Star Trek. It’s not an exaggeration to say Gene Rodenberry’s classic series changed television forever, and defined what it meant to be a fan. So many things we take for granted in fandom and geek media, Star Trek and the communities around it started. From conventions to slash shipping to save our show campaigns to the viability of genre media itself, so much of it can be traced back to Trek. There’s not a nerd out there that hasn’t been affected in some way by Star Trek, and one of those nerds wants to take the ideals of Trek all the way to the White House.

Cory Booker, senator and current democratic presidential primary contender, recently sat down with The New York Times to talk Trek, and the conversation highlights how the show still serves as an ideal for us all to aspire to. Booker, like many of us, loves Star Trek because of the future it imagines: a place of enlightenment, equality and progress. It’s a show about hope. Booker told The Times:

“Star Trek” was more than just an escape. It was a portal to say the future is going to be different. It’s incredibly hopeful and a belief that we’re going to get beyond a lot of these lines. We’re going to unite as humanity. It’ll be a place where your virtue guides you, the highest of human aspirations.

Booker, and his father – who got him into the show – also responded to Star Trek for how is depicted race and the idea that there was a world out there in the future where things were better.

This idea that we as humans, where we are right now, are literally just not even at the foothills yet of the mountains of discovery that are out there. He was a man of infinite hope. “Star Trek” gave him that. It showed him that we are going to overcome so much of the stuff that rips at humanity now.

It’s so great to see a politician speak seriously and sincerely about genre and sci-fi. Booker has been out and proud as a geek, from watching and tweeting about Supernatural…

From here on, wearing my Supernatural badge proudly. https://t.co/0UFjIqUpc6

To showing up at San Diego Comic Con to geek out with the rest of us. (No comment on if it’s appropriate to smile while giving a vulcan salute).

Just because Booker has excellent taste in television shows, doesn’t mean he’ll be a great president (to be fair though, a tribble would be better than the current occupant of the white house), but it’s great to see someone talking about how genre media influenced and inspired then as a person. On it’s 53rd anniversary, it reminds of  why Star Trek still matters today: it’s no just a great show, but as a story that encouraged us to all boldly go towards a better future.