Cory Booker Has Left the Presidential Race While the Billionaires Remain 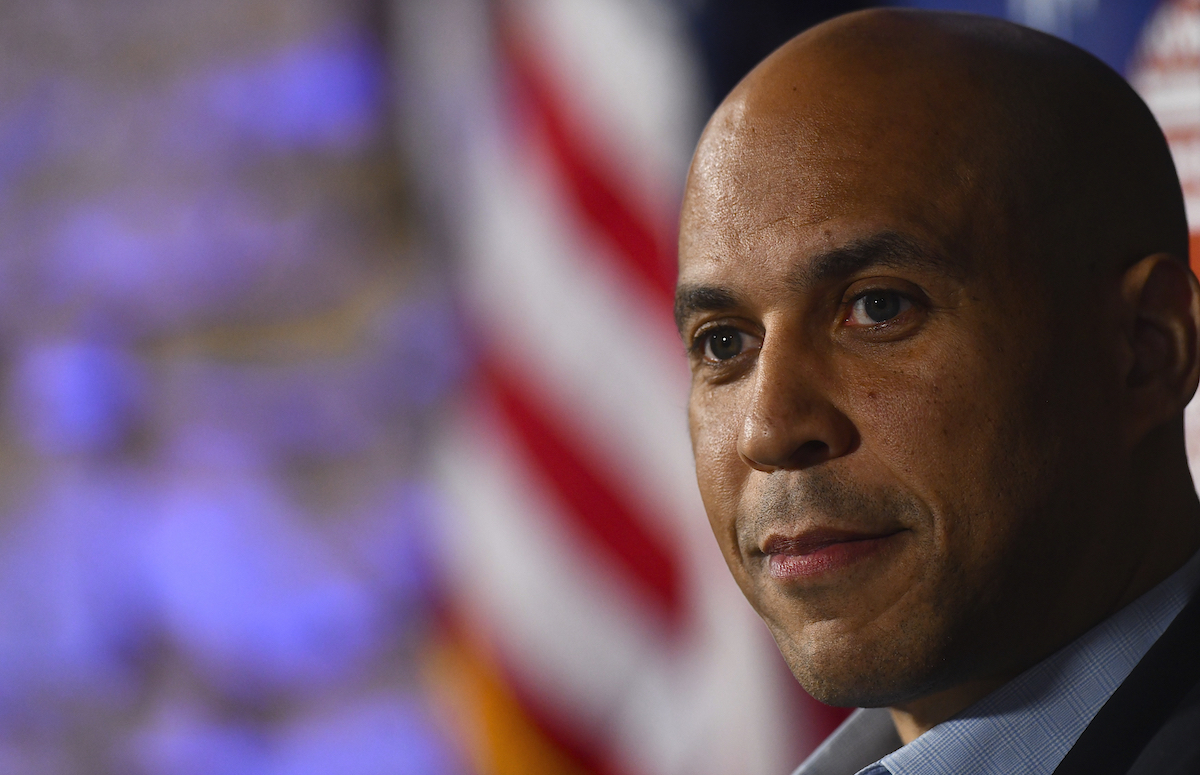 New Jersey Senator Cory Booker announced Monday that he was ending his presidential campaign. Booker had built his campaign around a message of unity and hope but he also wasn’t afraid to be forceful on tough issues. Along with Julían Castro, Booker was vocal in criticizing the Democratic National Committee’s seemingly outdated rules that gave billionaires an outsized advantage and pushed candidates of color to the sidelines. And as with Castro, Booker’s departure makes the once-historically diverse 2020 field that much whiter. Andrew Yang was the only POC to make the last debate. There is one Black candidate left–Deval Patrick–but he’s never qualified to make the debate stage.

Booker’s departure is disappointing. I was always surprised that his campaign never gained more traction but this was an impossible year for most candidates (who aren’t billionaires or who didn’t enter the race with extreme built-in name recognition) to break through the pack or even just to overcome those incredibly rigid debate qualification rules to make the stage.

NEWS: Cory Booker is quitting the 2020 race, saying he could only have continued with “money we don’t have, and money that is harder to raise because I won’t be on the next debate stage.” https://t.co/6v8jRaoXX2

Still, this isn’t the end of Cory Booker. He’ll be heading back to Washington to focus on the impending impeachment trial, and he’s also up for reelection this year. And as important as winning the White House is, House, Senate, and local races are equally–even arguably more–important.

That’s one major reason why it’s so incredibly frustrating to see candidates like Mike Bloomberg and Tom Steyer pour a ridiculous amount of money into campaigns that have no chance of actually succeeding. In the last two months, Bloomberg has spent about $200 million on ads, including a $10 million Super Bowl ad. That kind of money could go so far in helping flip congressional seats blue and instead it’s just being dumped into a political vanity project. (To be totally fair, Bloomberg did donate $10 million to vulnerable House Democrats. If only that amount weren’t a drop in the bucket for him.)

So yes, it’s sad to see Booker and others have to drop out due to lack of funds. But so many of those candidates are doing a lot of good now that they’ve left the 2020 race. Booker will go back to the Senate. Castro has been dedicating his energy to endorsing Elizabeth Warren. (It feels like he’s angling for a VP spot, which I would not be upset about.)

Meanwhile, Kirsten Gillibrand launched Off the Sidelines, an organization that offers guidance and fundraising for female political candidates. Eric Swalwell absolutely killed it in the House impeachment hearings. Beto O’Rourke is working to flip the Texas House (as well as leaning hard into a general No F*cks Given attitude). Kamala Harris has been on fire in the Senate, including leading the charge to demand Stephen Miller’s resignation.

All of these people wanted to be President, and they’re all finding ways to do a whole lot of good now that that didn’t work out for them. It would be nice if some other candidates–yes, Bloomberg and Steyer, I’m still specifically talking about you–would follow their lead.

(image: Mark Makela/Getty Images)
Want more stories like this? Become a subscriber and support the site!