Julián Castro Has Left the 2020 Race | The Mary Sue

Julián Castro Has Left the 2020 Race 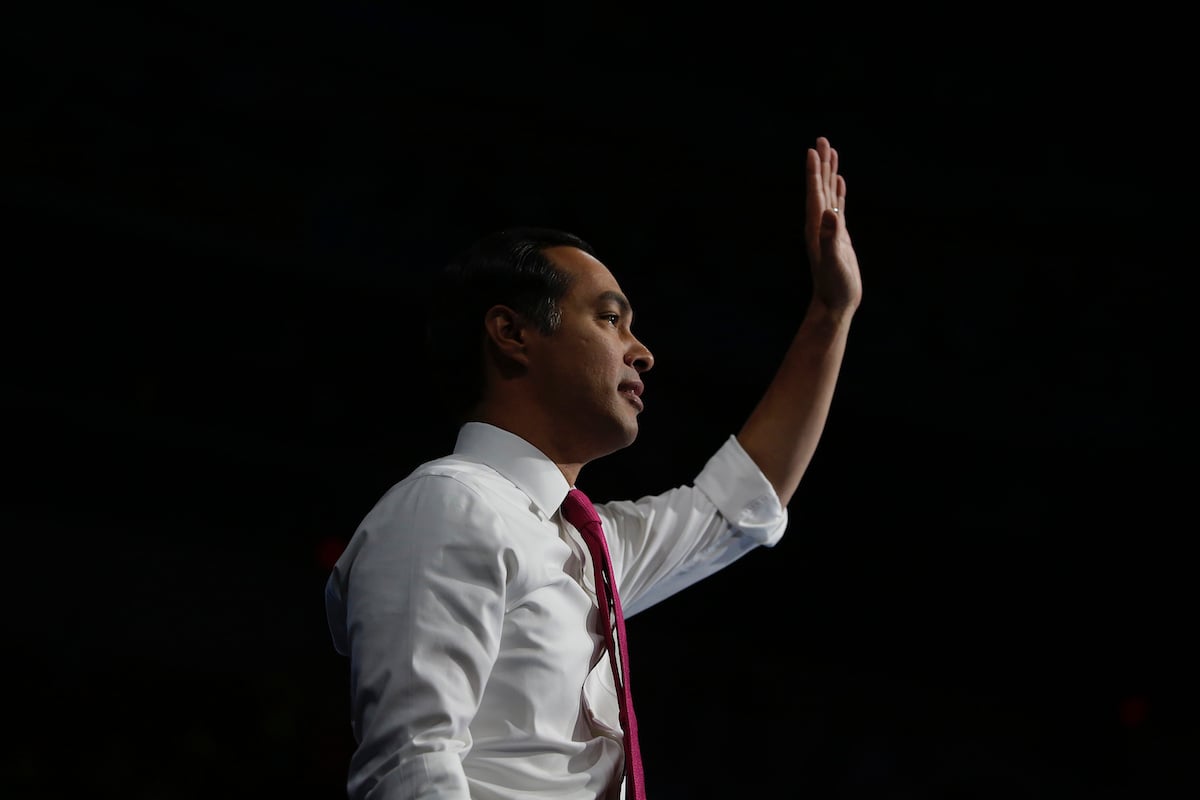 Julián Castro’s 2020 presidential campaign is the latest casualty in a primary race that began as historically diverse but has progressively become much more white (and male) with passing time and increasingly strict qualifying standards.

It’s with profound gratitude to all of our supporters that I suspend my campaign for president today.

I’m so proud of everything we’ve accomplished together. I’m going to keep fighting for an America where everyone counts—I hope you’ll join me in that fight. pic.twitter.com/jXQLJa3AdC

Even if Castro wasn’t your top choice candidate, he was a huge benefit to this race, challenging other candidates and the primary system itself. He was pushing issues no one else was talking about. He was the only candidate to bring up trans rights when talking about reproductive justice on the debate stage. This is a better Democratic race because of him.

There’s any number of reasons why Castro’s campaign could have failed to get the traction it deserved but he–like Cory Booker, who also failed to make the last debate–is absolutely right that one big reason is that the Democratic National Committee’s rules for debate qualification are outdated in a way that benefits white candidates as well as the extremely wealthy ones. (It’s not a coincidence that there were more billionaires than people of color on the last debate stage.)

When Kamala Harris dropped out of the race last month, Booker said at a campaign event, “What message is that sending, that we heralded the most diverse field in our history, and now we’re seeing people like her dropping out of this campaign, not because Iowa voters had the voice? Voters did not determine her destiny.”

Castro criticized the DNC’s decision to raise the debate threshold so close to the Iowa caucus as well. “When you get that close to the caucus, shouldn’t you just let the people vote?” he said. “You’re already within a couple months. Just let the folks vote.”

But Castro also called into question the role that states like Iowa and New Hampshire play in the primary race. Those two states–both of which are more than 90% white–don’t represent the diversity of the country.

I was asked today in Iowa about the order of our primaries. I appreciate how seriously Iowa & New Hampshire take their role as first-in-the-nation.

But we’ve changed in the 50 years since order was established—and I believe it’s time our primaries reflect our nation’s diversity. pic.twitter.com/mY0EvnhXNr

The order of these states is so important, since to qualify for a Democratic debate, the candidates have had to hit a certain polling number in either national polls or early-nominating states’ polls. By letting such overwhelmingly white states have such a disproportionately enormous say in this process, it’s tantamount to voter suppression, Castro has argued.

In November, Castro released a statement saying Democrats can’t “complain about Republicans suppressing the votes of people of color, and then begin our nominating contest in two states that hardly have people of color.” He also said that reducing calls for diversity to “identity politics” is “as absurd as it is anti-democratic.”

He echoed that statement last month in Waterloo, Iowa, when he told reporters, “If we truly value black women, for instance, and we keep telling them that they’re the key to our success, in places like Louisiana and Alabama and that they’re going to be key in 2020, then why do we start the most important nominating process in our whole party, the presidential nominating process in two states that hardly have any black people in them. Doesn’t make any sense.”

Julián Castro opened up to @GENmag recently about his campaign’s failure to launch.

Too many candidates, he said, are focused on appealing to white liberals. “The heart of the Democratic Party is people of color.”https://t.co/UkKh78loaC

Calling for Iowa to give up some of its determining power while still dependent on Iowans’ votes–and saying this while in Iowa!–couldn’t have helped his polling numbers in the state. But his message was important so he was going to share it. Which is emblematic of Castro’s campaign overall. It’s sad to see him leave this race, but we’re fortunate to have had him here in the first place.

During his entire campaign @JulianCastro pushed to ensure the voices of those more marginalized were uplifted. His voice will be missed. All of the candidates would do well to follow his lead on many issues. https://t.co/urmMGH1Z1W

Julián Castro and his team made a direct point of centering marginalized communities in his presidential campaign. He was the first candidate to bring up trans rights in response to a question on reproductive justice. I can’t emphasize enough how much his candidacy meant to me.

Seeing a Latino candidate run for President at a time when we have an occupant of the White House that has said horrible things about Mexicans was encouraging.

Julián’s voice was crucial to keeping many important issues talked about in this election cycle.

The impact of this campaign will always be measured for me in how many new people were brought to the table, how many “I’ve never felt seen by a campaign before, but nows…” how many political and moral imaginations were expanded by the simple goal to put people first. https://t.co/bMRJ0D0LtB

(image: Joshua Lott/Getty Images)
Want more stories like this? Become a subscriber and support the site!