Bill Gates Admits That Control+Alt+Delete Was A Big Mistake

Next maybe he'll have something to say about the blue screen of death. 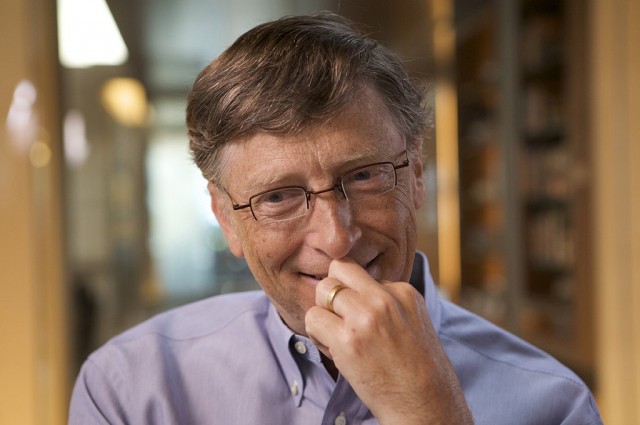 The “three finger salute” of Control+Alt+Delete has been a part of Microsoft lore since it was first put into the Acorn computers in 1981 by developer David Bradley. It’s also used to log in to Windows 7 and below, which annoys users to this day. Gates is real sorry about that, as it turns out.

In a talk last week as part of a fundraising campaign for Harvard University, Gates spoke with campaign co-shair David Rubenstein about his work with Microsoft and the early days of the personal computer movement. When Rubenstain straightforwardly asked him why it was that he had to type three keys just to log into his own PC.

Gates said that there’d been a plan to create a single button on the keyboard that would bring up the log-in screen, but the IBM keyboard designer didn’t want to do that. So Microsoft decided to use “Ctrl+Alt+Del,” a command that was already being used to restart computers in DOS, for this function.

The whole talk is about an hour long, but the Control-Alt-Delete discussion starts in at around 16:30 minutes. Check it out below.

This isn’t the first time Bill’s admitted to a mistake, of course — earlier this year he mentioned that Microsoft basically allowed the smartphone revolution to pass them by while they were working on Windows Vista, which he now regrets.

(via Geekwire, image via OnInnovation)