More tasty Matt Ryan in that trench coat is A-OK by me. 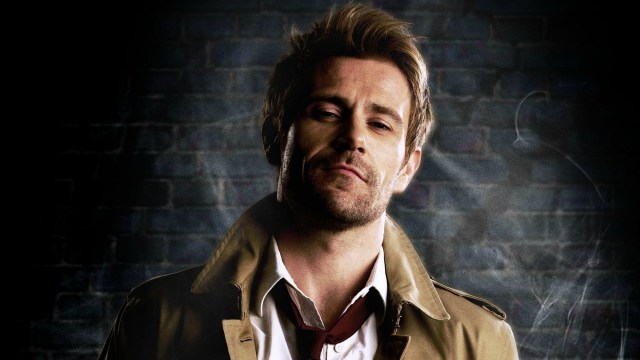 It looks like we can’t get rid of our favorite misanthropic Master of the Dark Arts that easily! We’ve heard speculation about this, but now it’s been confirmed! Matt Ryan, who brilliantly played the titular character on NBC’s short-lived Constantine, will be donning the trench coat once more! Only this time, he’ll be playing the character on The CW’s Arrow.

Sadly, it’s only for a one-shot episode. Still, Ryan himself seems really happy about it, and took to Twitter to deliver the news:

So, it looks like any legal issues we were anticipating between NBC and The CW aren’t an issue….which means that John Constantine can pretty much appear anywhere on DCTV, right? Can we see Constantine helping Jim Gordon on a case on Gotham? Constantine working with Supergirl to fight alien demons? Constantine helping out The Flash? Only time will tell.

I have to say, though, while I’ve always loved John Constantine as a character, I’ve always preferred him in smaller doses, appearing in the stories of other characters. What do you think? Would you like to see smaller servings of Constantine spread out across DC shows? A Constantine movie (a real one)? Tell me about it in the comments below!