Plus a new trailer for Constantine (above) and pictures of Angelica Celaya as Zed!

At a round table for press during New York Comic Con, David S. Goyer appears to have finally figured out how to talk about John Constantine’s bisexuality in a positive and inclusive way when discussing the new TV adaptation. (you’ll remember that last time he was asked about it, he got pretty defensive). Here’s what he said to The Geekiary (bolding ours for emphasis):

“I mean, he had to be British. He had to have the trench coat, the skinny tie. Even though he’s on Network, he had to be a smoker […] He’s snarky, and he lies, and he’s terrible to the men and women that he sleeps with. He’s just not your first choice when you think of someone to save the world, but unfortunately he’s the guy we’ve got, and that’s what makes him so fun. And we said those things to NBC at the beginning, we said if you can get behind this guy, he’s not like a shiny matinee idol guy, then we’re good. And they’ve embraced that.“

Of course there’s no telling whether or not we’ll actually get to see Constantine sleep with any men over the course of the series, which is kind of what people were concerned about in the first place. But given how pervasive a problem erasure is for bisexual characters, this appears to be a small step in the right direction. At the very least, it shows Goyer is listening, which is something we can get behind.

Oh, and speaking of Constantine, we’ve got our first look at Angelica Celaya’s character! Check it out: 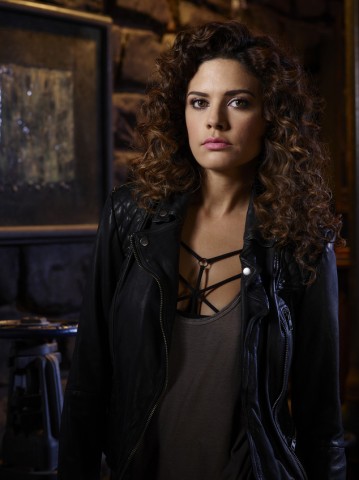 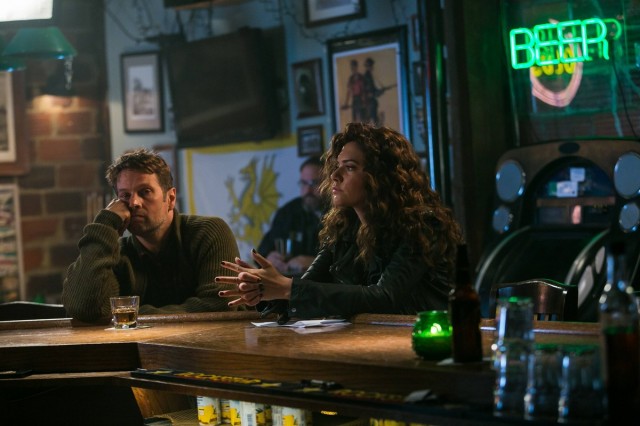 From episode 3, “The Darkness Beneath.” Photo by: Tina Rowden/NBC
(click to embiggen)

Meanwhile in Hell’s Kitchen, in all the hubub surrounding our first look at Charlie Cox as Daredevil, we missed out on an important bit of news—the official reveal of Rosario Dawson’s character! She’ll be playing Claire Temple, a character from the comics who once had a romantic relationship with Luke Cage. Jeph Loeb also referred to the character as “a nurse who works at night,” prompting speculation that she’ll also be related to the early ’70s Night Nurse comic, which follow a series of nurses and medical doctors in New York who help out superheroes pro bono.

So what do you guys think? Still worried about Constantine? Any thoughts on the “Night Nurse?”