Can Conservatives Stop Crying About Safe Spaces? | The Mary Sue 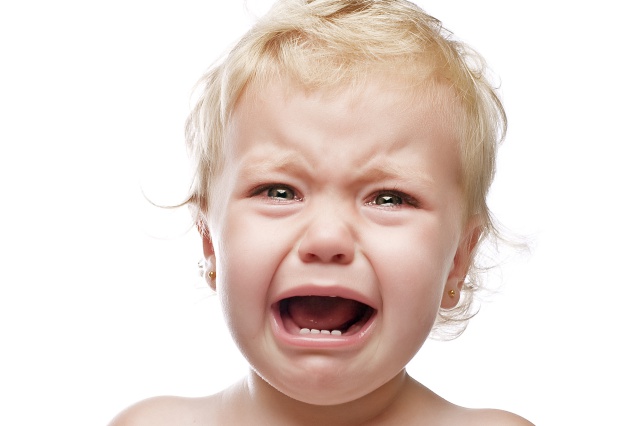 I first started hearing about this anxiety back in the days when I watched Bill Maher’s show, and he mentioned an article in The Atlantic about how students on campuses are being coddled by not wanting to hear or see things that might “trigger” them. The article argued that professors feel frightened in this environment, trying to educate students when they could be accused of being sexist or racist based on what works they teach. That the problem is that students want campus life to be a “safe space.”

Now, as someone who went to college in upstate New York, where I was the token black student in most of my classes throughout my four years, I can speak to how important it was for my own mental health to create spaces for myself where I wasn’t always “the black student.” Even when educators have the best intentions, it is hard to always be asked to have opinions on “black stuff” when you, at 18/19/20, are nowhere near an expert on blackness.

Whenever I read articles like this, I feel like they have this idea of safe spaces being exclusively for middle to upper-class white women who are wearing “stay woke” hats and are constantly incorporating Sociology 101 terms into casual conversation. Yes, I get how that can be jarring and even somewhat annoying, but what I think what’s often lost in these conversations is that these are teenagers and young people who are, for the first time, learning the vocabulary that explains the social problems they’ve lived with.

When you first feel you have cracked to code to racial and social injustice, you want to share it with everyone. Then, once you are in your mid-twenties and have had time to settle, you begin to figure out the difference between practical and academic applications of those issues. It’s a process, and educators should be learning better ways to engage with these enthusiastic minds instead of treating them like pests. Yes, campuses are speaking out against having the likes of conservative “thinkers” Ann Coulter or Milo Yiannopoulos on campus, but to pretend that student activism and political progressivism just became an issue in the Tumblr age is ignoring history.

Actually, you know what? It isn’t just conservatives; it’s male comedians from both sides of the political spectrum who are so sick and tired of not being able to make black jokes, rape jokes, trans jokes, and homophobic jokes anymore because the soft, sheltered youths are gonna have a hissy fit and ruin their careers.

According to Jezebel, Tim Allen is teaming with fellow conservative comedians Adam Carolla and Dennis Prager for a docudrama called No Safe Spaces.

“Nothing kills comedy quite like people who are constantly offended,” Carolla told the New York Post. “It’s impossible to be funny if we’re not allowed to poke fun at each other and that’s what’s happening with a new generation of people who seem to be offended for a living.”

Last year, Carolla also started an Indiegogo that was intending “to mock the ‘hysteria and lunacy’ on college campuses, and reveal why ‘social justice warriors’ have made universities ‘the most dangerous place in America for ideas.'” Funny. I thought the alarming rate of campus rape was what made campuses dangerous, but silly me! It’s the crazy blacks and browns, women, and SJWs.

Ugh. You know, contrary to what a lot of people believe, marginalized people don’t enjoy being offended. In fact, it is exhausting, especially because most of the time when you calmly and rationally explain the issue with the joke and why, regardless of the comedian’s intentions, it was still offensive, the response is often dismissive, crude, and usually includes some sexist references to tampons.

I enjoy off-color humor, but it also is easy to tell when a joke is tired and uncreative. The fact that people still think the “we can’t tell different groups of East Asian people apart” joke is still funny in 2018 astounds me. I mean, what is the creative intelligence that it takes to craft such a dated joke? What about for using your platform to work out how uncomfortable trans people make you? Or to lament for the days when “men were men”? What are you really holding on to there? Are these the philosophical comedic hills you want to die on?

An ode to the caveman days where you could just grab a woman by the hair and throw her over your shoulder? Where men could occupy spaces unilaterally and without judgment of “boys clubs”? Well, I hate to break it to you, but most of the things and ideologies that you gentlemen are so attached to are fake. And on top of that, if you want to hold on to limited gender constraints and need an avenue to do so, please acknowledge that, by wanting to do so without being criticized, you too desire a safe space.

Don’t use “free speech” as a reason to defend everything you care about while ignoring that campuses saying they don’t want you there and protesting events…is also free speech.

Carolla also said in the Indiegogo video, “I don’t know why we focus on skin color, gender, sexual proclivity…what’s that have to do with anything?”

Yeah, what do any of those things matter? Gender inequality, systematic racism, homophobia, and the rate of death among trans people…fake news. Maybe the issue is that you are out of touch?

It is statements like that which lead Allen and his friends straight to mockery. Allen is one of the biggest names in Hollywood from his early ’90s movies to being the voice of freaking Buzz Lightyear! You are Buzz Lightyear! People love(d) you. Yet, you still try and carry this white man’s burden because your show got canceled? Roseanne is getting a reboot where the lead character is a Trump supporter!

There are plenty of conservative celebrities who are still beloved by the masses, partly because people don’t know about their political standing, but also because people care more about the characters they portray than their voting record. Maybe the problem with your comedy, dudes, is you. Sometimes you just aren’t as fun or insightful as you think you are.