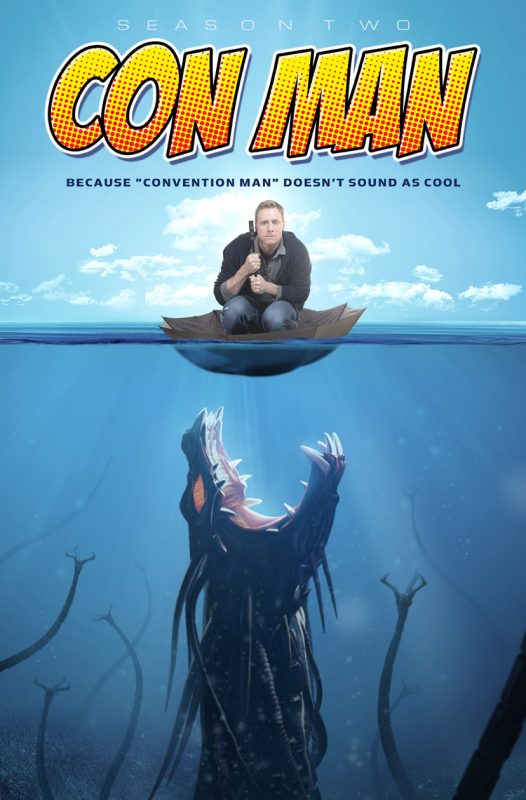 Con Man might be presented in comedic form, but the show’s second season also delves into the moral question that has plagued many a person figuring out which direction they should take in life. Do you do what you love or what you have to in order to survive? For Wray Nerely (played by Alan Tudyk), that means passing over a beloved sci-fi series and risking his career along with several friendships, in order to pursue a more fulfilling path.

“He’s kind of just fed up with it and he’s a Julliard-trained actor that wants to be considered for legitimate work. That is the basis for him saying no to Spectrum,” producer P.J. Haarsma said in a phone conference with The Mary Sue.  Typecasting is a real concern for many actors looking for diverse roles. While some, like Academy Award winner (yay!) Leonardo DiCaprio, can cherry pick which parts they want to play, others run the risk of turning down the wrong job and not seeing any new ones surface.

In Felicia Day’s case, sticking to her guns paid off. “We all like to work but sometimes you have to put the breaks on,” she said. The Buffy the Vampire Slayer and Supernatural alum found herself getting recognized more for her online personality than her acting. “I just kept getting offered hosting jobs and being myself and so I decided to turn that down for the last two years which has made a big improvement in my career even though it might not be the smartest move.”

She continued: “I think it’s an interesting conflict that [Wray Nerely] goes through this season because it is that struggle of do you go for the long-term career or do you do the short-term thing? What you wanna do versus what you have to do.” While those questions will definitely be explored in this upcoming season, there will also be plenty of laughs and even more celebrity guest appearances by people like Eliza Dushku and Smallville’s Laura Vandervoort.