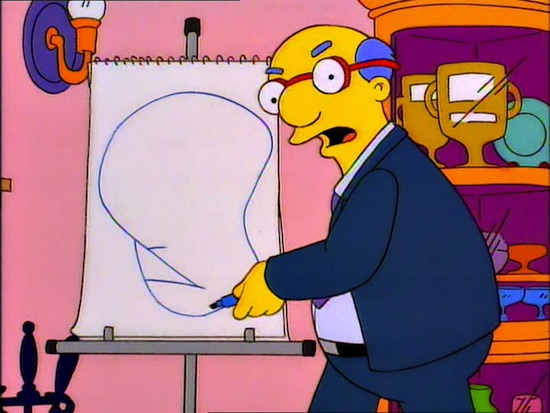 Researchers at Brown University have developed a computer program that can recognize rough sketches, and may one day prove a capable — or even too capable — digital opponent for human players in games like Pictionary and Draw Something. While it might sound a little silly, this is actually a pretty big step for computing. As we’ve mentioned elsewhere on the site, as smart as computers are at raw processing, they are about that dumb at abstract reasoning, and there’s no reasoning more abstract than trying to figure out what the hell someone is frantically scrawling on a pad of paper from across the room. Is that a foot? Shoe? Wait, now there’s a flower coming out of it?

Computers can already match objects to accurate drawings of them with little trouble, but we all know that Pictionary images aren’t exactly accurate representations. To teach a computer about abstract reasoning, researchers used a massive database of drawings and sketches from all over the world. That helped it learn about big ears on drawings of rabbits, for example, and presumably tactics like drawing stink lines around something that smells bad. The program is still in its early stages, but shows the promise of one day being yet another alogrithm that is better at something than you could ever hope to be.  Cheer up, though, as at least you’ll always have a partner for Draw Something even if you don’t have any actual friends.

Readers should be cautious, though. By the time the artificial intelligence is advanced enough to be a match for human Pictionary players, robotics will likely also be advanced enough that, just like your friends, parents, and significant other, your computer will also be able to throw things across the room to punish you for your terrible drawing skills. Because in what universe is that dignity, Kirk?