Community is Officially Desperate, Wants You to Post GIFs for Puppet Episode 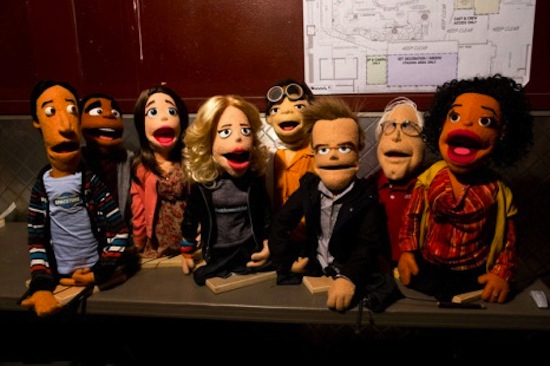 NBC is reaching out to an ever-shrinking demographic, Community fans, and asking them to post their favorite puppet-related GIFS to Tumblr for tomorrow night’s episode “Introduction to Felt Surrogacy” — the show’s much anticipated puppet episode. They’ll even give you free things if you post the best GIF to their GIFathon! You guys like free things, right? The whole shebang even has a hashtag, #CommunityGIFathon, so you know it’s thing on the Internet. It’s an act that’s as transparent as asking an ex out for coffee because you just want to catch up, and about as dignified, and I don’t know what makes me sadder: What it says about the state of a show that was a favorite of mine until mere months ago, or the fact that I only barely care.

This naked ploy is, sadly, pretty indicative of what the show has become this season — a shadow of its former self that now struggles to do things that once came naturally. As ratings slip while fewer and fewer fans continue trudging through an increasingly lukewarm fourth season out of loyalty, the show continues to noticeably decline. If “begging the Internet to like it again” is NBC’s plan for the show, it may just be better to let it die a natural death. Just kidding, of course, folks. NBC never had a plan for this show, and they sure aren’t about to develop one now. But hey, GIFs! You kids like GIFs, right? Sure you do, with your Twitters and your cellular telephones.

Since someone needs to spell it out for whoever is this out of touch at NBC: Community was never acclaimed because it inspired things like GIFs. It inspired things like GIFs because it was popular with a particular subset of folks who spend their spare time (e.g. work) making GIFs. You’ve got things backwards. A couple of frames of cleverness won’t save the show. Making the show better will save the show, and I’m not sure the network can even do that anymore. After all, last week’s tripe was the best work they could turn in after a several month delay to fix the show.

Then again, the network did ask nicely, and it would be rude to turn them down. You want a GIF for Community so far this season, NBC? Fine. Here you go.