Ancillary Characters That Take Community From Good to Great 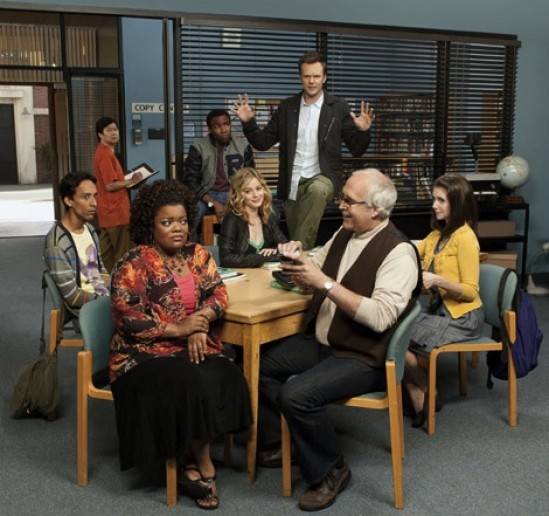 Community is far and away my favorite show currently airing. The writing, the situations they find themselves in, and most of the characters as they are portrayed by their respective actors are brilliant. But Greendale, the fictional campus that serves as Community’s setting, isn’t amazing because of the study group that meets around the table or due to Joel McHale’s ability to deliver stunning monologues. It’s not because Donald Glover really is one of the best things to hit mainstream television in years, though these are all true.

It’s because the world they inhabit is filled with interesting people and the promise that other equally interesting people exist beyond that. It’s the range and breadth of the ancillary characters that compose the background for Greendale that truly take the show from being good with above average writing to the point where Todd VanDerWerff can pontificate for pages about a single episode.

So, here’s a list of the best ancillary characters Community has to offer. 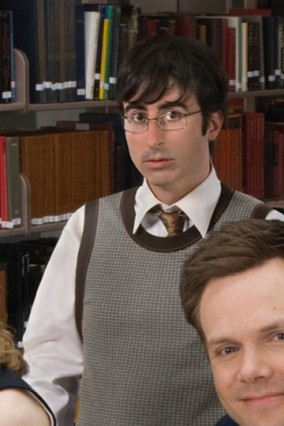 Though he isn’t often seen as of late due to actor John Oliver’s increasing workload, Ian Duncan provides a nice counterpoint to Jeff’s problems throughout the first season and some of the second. Professor Duncan truly despises Ben Chang, played by Ken Jeong, and typically causes a ruckus when the former Spanish teacher is within earshot.

And did I mention he’s a raging alcoholic? In fact, the entire way that Jeff and Ian know each other is due to Jeff representing Ian after a drunk driving episode where he could have been deported. Even with that incident in their past, it doesn’t stop Duncan from utilizing his scathing wit on Jeff and his study group whenever possible.

Each season, one of the running gags is that Dino Stamatopoulos’ character, Star-Burns, adds something more to the spectacle that is his daily wardrobe. At first, it was sideburns in the shape of stars. Next up, a top hat. And now, in the most recent season, he will apparently be wearing a lizard in order to spice it up just a bit further.

Star-Burns is often part of the classes that the group decides to take together, always existing on the fringe, and sometimes provides commentary to various members when they aren’t together for one reason or another. For the most part, he comes off as amazingly creepy. 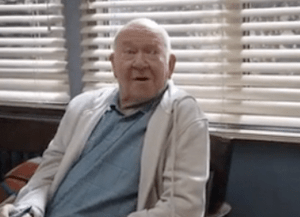 Leonard Briggs is an old rascal that constantly antagonizes Jeff and the group, but mostly Jeff. Other than Chevy Chase’s Pierce Hawthorne, Leonard is the only elder person to regularly appear on the show in some capacity. At one point, he’s the de facto leader of a group of seniors that go to Greendale called the Hipsters, due to their hip replacements.

But Leonard’s antagonism is friendly at worst. He’s the kind of crotchety old man that’s crotchety because he’s not quite sure what else to be and he’s old enough not to care. He also happens to love Greendale and is one of the last folks standing during the Paintball Wars.

Professor Garrity, as depicted by the esteemed Kevin Corrigan, is the resident drama instructor at Greendale. He’s first seen as the professor for Jeff’s fabricated class on conspiracy theories and later returns to teach Britta and Troy in a drama class. He’s also apparently responsible for Troy’s participation in the show titled Fiddla Please, as seen here. It is hard to be Jewish in Russia, yo.

Perhaps his most famous scene so far is in the conspiracy theory episode where he laments the fact that his desk is not, in fact, a time desk. For if it were a time desk, he could travel back in time and undo his mistakes. 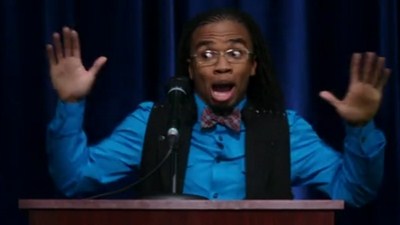 If you don’t already know Magnitude, you haven’t been living. He first appears when Chang, ostensibly watching soccer but strangely dressed like Waldo, forces a party on Mr. Winger and Magnitude attends. In his own words, Magnitude “is a one man party!”

What he’s perhaps best known for is his glorious catchphrase, “Pop pop.” I’m sure to anyone reading this that’s never seen an episode with Magnitude, it might sound just too ridiculous even for Community to pull off. I present to those who may doubt, the introduction of Magnitude and, subsequently, his catchphrase.

At Greendale, they function as a group that they can pan to when they require one that doesn’t include the regular cast. For example, they work under Jeff at the Greendale paper. They show up as a focus group even earlier than that. The connection to their comedy group is pretty obvious though, given that one character is even named “Derrick Bideos.”