Comic-Con: Supergirl’s Cast Talked to Us About the New Season Packing a Punch 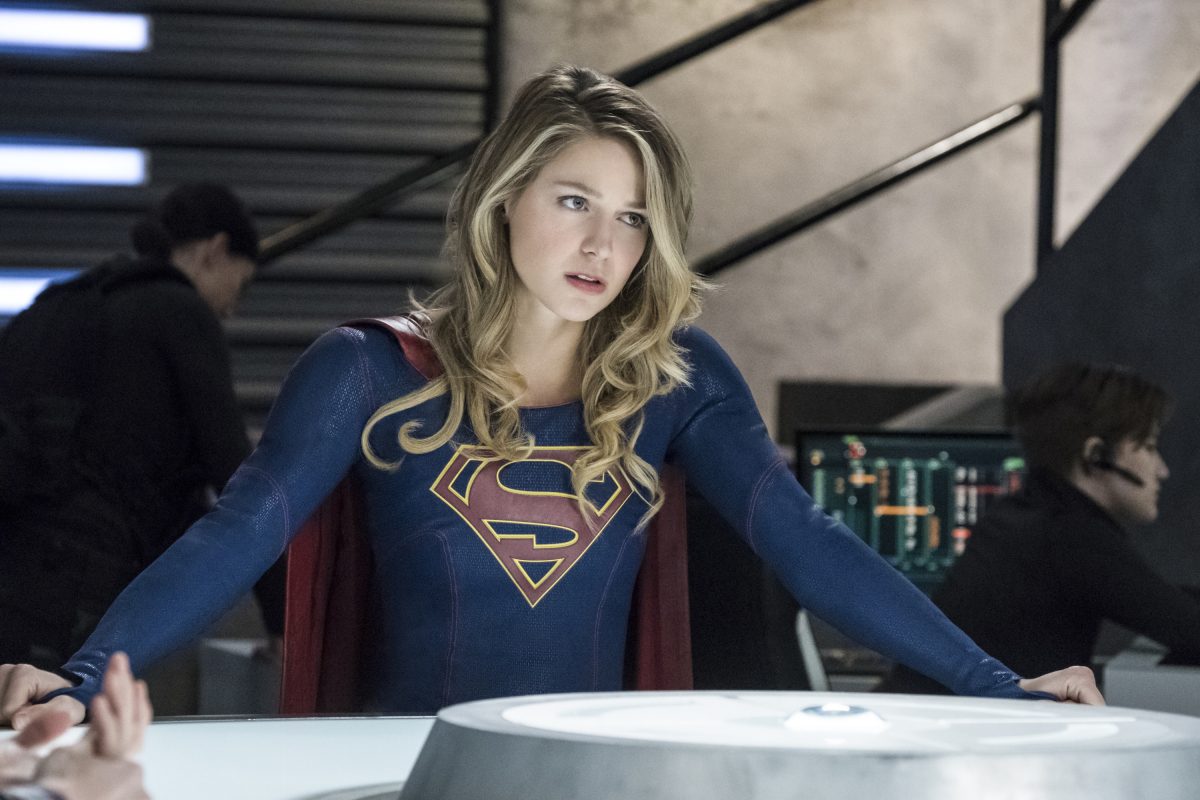 The cast and crew of The CW’s Supergirl flew into San Diego Comic-Con with all sorts of teases over the weekend, including our first look at footage of from season five and a full, official look at Kara’s new suit—with pants!

Last season ended with Lena Luthor (Katie McGrath) finally learning that her best friend was Supergirl, and season five will dive right into that conflict, if the face-punch Lena served to Kara (Melissa Benoist) in the footage we saw is any indication. Before their panel, we talked to the cast and executive producers to find out all we could about what’s to come. First off, the theme of the season, according to executive producer Jessica Queller: “This year, we’re centering around technology and how technology is changing the fabric of human life and how we’re all addicted to our devices and often escape from engaging with each other with technology.”

For the characters, though, it’s all about Lena, Kara, and the (very angry) cat that’s finally out of the bag. Queller shared that the focus of season five will be “the friendship between Lena and Kara and how it has been deeply hurt by this secret coming out the way it did, how Lex manipulated Lena and twisted the knife and whether or not their friendship can be repaired.” The fact that it was Lex that delivered that information before he died made it even harder on Lena, but it also made the job of acting in the scene easier for McGrath.

“The anger and the venom that he spat at me, it was just so easy to portray a broken human being,” McGrath said. “We were so lucky to have him on the show,” she added regarding Jon Cryer—who, it was revealed, will return to Supergirl and the Arrowverse at large in the “Crisis on Infinite Earths” crossover event. But back to our favorite Luthor: “Lena, at the end of season four … you assume that she’s broken,” McGrath said, “but you don’t know. It leaves us on this amazing ambiguous note … As an actor, it gives you so much to do and it keeps you guessing, and I know there’s been a lot of guessing about this particular revelation for a while.”

Something else fans have been hoping for, for a while, is a new love story for Alex Danvers (Chyler Leigh), whose coming out and romance in season two was such an important story for fans. Last season, Alex befriended Kelly Olson, played by new series regular Azie Tesfai, and they took the leap into romance at the end of the season.

Introducing a new paramour for Alex was certainly not something that the writers did lightly. “It was important to really make sure that we did this respectfully,” Leigh shared, “knowing how loved this storyline was beforehand … I am very protective of it.”

But with Tesfai cast as Kelly, it went so smoothly. “She’s so easy to fall in love with,” Tesfai said of Leigh. “Her previous storyline was beautiful and I was so in awe it and I was so in awe of the actors,” Tesfai went on. “I felt so honored to be able to come in and do this, and I also felt the responsibility of honoring that storyline, and we’re both very mindful of making sure it’s very different.”

This was something Leigh echoed, as well: “We didn’t want to rush anything and I was very adamant about that. I think it was a nice natural progression that we wanted to make sure there was a connection between the two.”

Kelly and Alex won’t be the only couple on screen, however. We’ll also see the continued romance between Brainy (Jesse Rath) and Nia (Nicole Maines) and all the humor and sweetness that entails. Brainy “kind of misunderstands a lot of what Nia is asking of him,” Rath shared. “It’s him trying his hardest and struggling with what has happened at the end of last season and what he’s now learned about himself.”

After letting his darker, more Braniac I tendencies take over, this new season for Briany is about “letting himself be vulnerable with someone,” Rath said.

“I’m really happy that they can finally be a couple,” Maines agreed. “They are such different people and Brainiac so doesn’t understand human social skills or communication or emotion … a lot of their struggle is trying to figure out communication and working on this new relationship.”

It’s also important to Maines that Nia’s story this season is about that relationship and her heroism, and that she just happens to be a trans woman doing those things. “The continued representation comes in just continuing to tell stories that showcase her as an individual, outside of her gender identity,” Maines said. “The representation comes in what goes unsaid … It feels like we don’t have to dwell on her gender identity because that’s not all she is.”

We’ll be getting more background and insight into another character, as well: Eve Teschmacher, played by Andrea Brooks. Brooks is having quite the summer: She’s been upgraded to a series regular on Supergirl and announced at the panel that she’s pregnant!

The cast could not be happier to welcome her to the family. “Teschmacher fits in so perfectly with this show,” said Katie McGrath. “It’s all about strong female characters. It’s all about putting a different spin on the superman story.”

Brooks herself was overjoyed: “I’m so incredibly grateful,” she told us. “When I first came on this show, I thought I was just kind of the comic relief, and it was a bit of a throwback to the old Superman movies … I tired to make her quirky and fun and memorable, but I had no idea we would be deep diving into this amazing arc, and I love that she’s an enigma … You never really know where she’s going.”

This new Teschmacher also has the full blessing of her predecessor. “Valerie Perrine created a really interesting character in the original movies, and I’ve been lucky enough to get to know her,” Brooks explained. “She left me a voicemail when I became a regular; it was the sweetest thing … What she created, I wanted to take hints of that and run with it and pay homage.”

But the most important thing: Kara has pants now. Benoist is more than happy with the new look, though it still lacks pockets. “Once it has pockets and I can put some potstickers in it …” Benoist joked. “It feels really strong and empowering,” she added.

She also noted that Kara Danvers, the reporter, will continue to be as much of a hero as Supergirl. Benoist said, “The way we explored her journalism career … I think we’d be remiss to take that side of her away because it is the way she’s a hero without a cape on. She’s a hero on both sides of her life.” Benoist will also be tackling her own new challenge this season: directing. “So excited,” she shared. “I’m a little scared. I’m very nervous. It’s going to be fun.”

Supergirl returns for season five on The CW on Sunday October 6th at 9:00PM, after the series premiere of Batwoman.