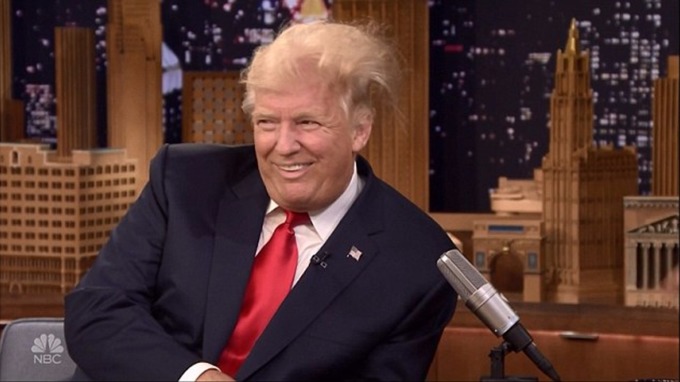 Christmas came early. By “Christmas,” I mean the day fired FBI Director James Comey publicly testifies before Congress, in reference to his firing amid the probe into Trump campaign ties to Russia and reports of things Trump said to him in private. By “came early,” I mean his opening statement has been made available a day ahead of time, and it already confirms some of the most damning parts of press reports.

Not only does that feel great when so many people have bought into Trump’s attacks on the media, but there’s a big difference between the press reporting something and a former FBI director testifying to it in a hearing. Comey’s testimony confirms two major points: Trump did, indeed, seek Comey’s “loyalty” after an exchange wherein Comey said that he’s necessarily politically impartial. Trump responded, “I need loyalty, I expect loyalty.” Comey also confirms that Trump suggested he should drop the investigation into former Trump National Security Advisor Mike Fynn, saying, “I hope you can see your way clear to letting this go, to letting Flynn go. He is a good guy. I hope you can let this go.”

Trump may not have outright phrased either of those things in the form of a request, but Comey details a larger context of Trump complaining of a “cloud,” kicked up by the Russia probe, obstructing his presidency. And what’s one form of obstruction without another? Comey’s testimony also confirms that he did, indeed, tell Trump that he wasn’t personally under investigation, with the important caveat that no one should say that publicly in case it changed, which would force a public correction (and would not be wholly surprising). There’s more damaging stuff where that came from, despite the GOP Twitter account deploying the height of their social media skills to deflect:

Trying to find something of substance in Comey’s opening statement like pic.twitter.com/igLC4JPREg

We’re about equally offended by the cultural irrelevance and lack of humor in the GIF as by the GOP announcing its feelings towards an upcoming witness’s testimony before they even get to question him on it. Probably more by the GIF. We blame Paul Ryan and his recent discovery of GIFs for this.

But we’ll leave the rest of the serious analysis to the more serious news outlets out there (there’s no shortage of that). Let’s talk about the stuff we can mock, like Trump inviting Comey to dinner at lunchtime on the same day and disrupting his whole evening with his family, who Trump apparently said could come along next time. Yes, they were all alone, and the event was full of awkward pauses and conversational roadblocks—like when you see people who were set up by friends or the Internet, and one of them is leaning in and very excited, and the other person is sitting so far back it appears as though they’re trying to become one with their chair to escape:

“It turned out to be just the two of us, seated at a small oval table in the center of the Green Room. Two Navy stewards waited on us, only entering the room to serve food and drinks.”

“A few moments later, the President said, ‘I need loyalty, I expect loyalty.’ I didn’t move, speak, or change my facial expression in any way during the awkward silence that followed. We simply looked at each other in silence.”

“It is possible we understood the phrase ‘honest loyalty’ differently, but I decided it wouldn’t be productive to push it further. The term—honest loyalty—had helped end a very awkward conversation.”

Then, Trump brought up and denied the infamous pee pee tape, out of nowhere, nearly a month after Comey had initially briefed him on those allegations. He brought up the allegations again, referencing “hookers” in Russia, a full two months later in another phone call—you know, normal stuff you say out of the blue when you didn’t do something and no one has really, seriously accused you of doing that thing in months. Comey also, apparently, begged—sorry, “implored”—Attorney General Jeff Sessions from stopping any further contact between Trump and Comey.

Comey also recalled an incident in a lter phone call, after he’d given Trump advice on how to stop being so colossally inappropriate: “He said he would do that and added, ‘Because I have been very loyal to you, very loyal; we had that thing you know.’ I did not reply or ask him what he meant by ‘that thing.'” First of all, no, you can never unread Trump reminding someone of that thing they had, you know, much like other things he’s said, which would, on its own, be grounds for impeachment and probably eternal exile in a fair world.

Second … come on. How is it remotely OK that Trump insinuated Comey should be grateful to him for loyalty? Of course it all culminated in a Nice Guy act. Geez, Comey should’ve swiped left.