If only the game tutorial told you how to fire Philae's harpoons. 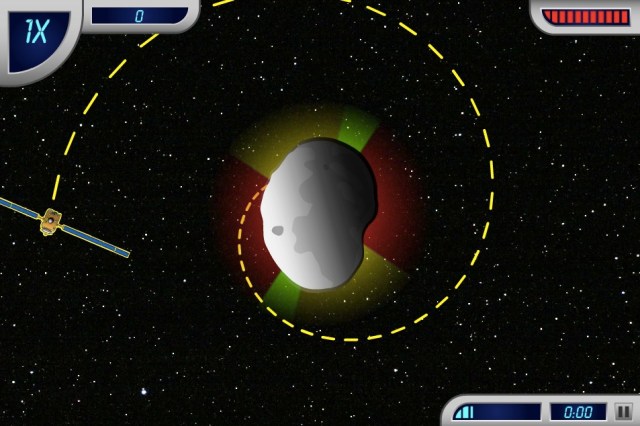 The European Space Agency made history yesterday when its Philae lander became the first spacecraft ever to make a soft landing on the surface of a comet.

But you can get in on the action with NASA’s Comet Quest, which tasks you with piloting Rosetta, sending the Philae lander down to the surface of a comet, and studying the comet while avoiding its dangerous debris. That mostly amounts to a lot of clicking white boxes and avoiding red ones, but controlling a spacecraft is hard, and we recommend that you check out the in-game tutorial before you begin so nothing gets in the way of all your important simulated science research.

Just remember, terrible shirts aren’t included. You’ll have to supply your own.

(via io9, images via screenshot)