New Coke Machine Can Take Your Picture, Has a Microphone, Is Confusing 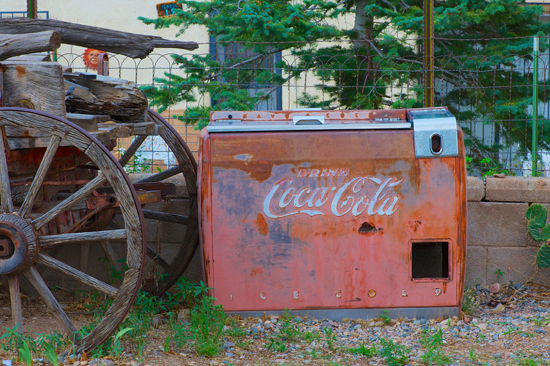 Intel showed off a new fancy Coca-Cola machine at the Intel Developer Forum in San Francisco today. Why did Intel show off a glorified sugar water dispenser? Well, that’s because the device happens to house an Intel Core i7 microprocessor. It needs all that computer horsepower to function its many doodads, like the microphone it has for no apparent reason. The machine also comes equipped with a camera, which would theoretically be used to gather demographic information, but is thoroughly creepy regardless.

Dadi Perlmutter, Intel’s executive vice president, presented the machine during his keynote speech. A camera and microphone isn’t all it has, according to VentureBeat:

Perlmutter said the 46-inch video screen has full 1080p high-definition playback and a microphone. It has a Wi-Fi wireless network, a QR Code reader, and an old-fashioned money slot and dispenser. In case you want to watch a movie on the Coke machine, it’s entirely possible.

Why a soda machine would have the majority of these additional options is confusing. It’s takes the glorious no-nonsense approach of a traditional dispenser out of the equation and replaces it with depressingly corporate set of shenanigans. At least it will look snazzy, though.

(via VentureBeat, image via Ed Yourdon)