Study: People With A Serious Coffee Habit Cheat Death Longer Than Those Without 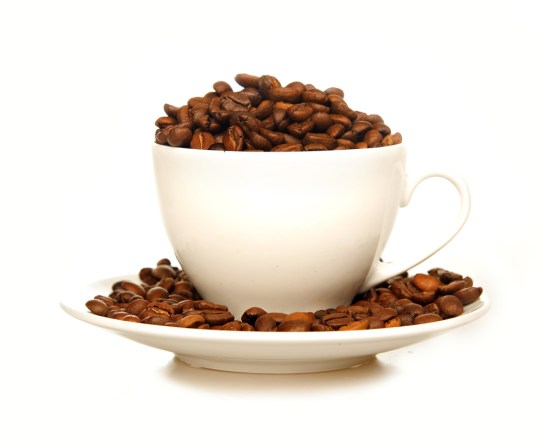 If you don’t already drink coffee, you might want to start. If you only drink a little, maybe you should kick it up a notch. According to a new study in the New England Journal of Medicine, people who drink a pretty sizable amount of coffee tend to live longer than those who don’t. What’s sizable? Around four or five cups a day. Get drinkin’.

Previously, coffee drinking had been correlated with decreased incidence of depression in women, and this study expands on those kind of positive effects. It revealed that coffee drinking is also correlated with a 12% decrease in risk of death (presumably the imminent risk, not the inevitable certainty) for men, and a 16% decrease in risk of death for women.

The discovery comes after analyzing 13 years of data from the National Institutes of Health-AARP Diet and Health Study. Drinking a little coffee helps, and drinking more helps more, at least until you hit four or five cups a day. After that, the benefits drop off a little, probably because you’re practically mainlining the stuff or because your excessive coffee drinking is an attempt to control for some kind of underlying deficiency or something.

As you might expect, it’s not exactly that simple; coffee drinking tends to also be correlated with serious vices like smoking, and — I have to imagine — being hungover all the time. And that brings us right around to the part of this study that probably deserves the most consideration: This isn’t a clinical study; it’s an observational one.

That being the case, you can’t use this to say that drinking coffee decreases risk of death because correlation does not necessarily imply causation. It could just be that people with a lower risk of death drink more coffee for some reason, or that some third factor is causing both the decrease in risk and the coffee drinking.

That said, if you aren’t engaging in the other naughty behaviors that tend to come hand in hand with coffee drinking, it might be helping you live longer. You can’t be sure, but as far as I’m concerned, this study is a good enough reason to start drinking more of the most socially acceptable addictive stimulant out there. Plus, the stuff is delicious. How can you go wrong?