The Dog Gets More Screen Time Than Megan Fox In The New Call of Duty: Ghosts Commercial

"But why would you want a lady on your team when you already have a German Shepherd?" 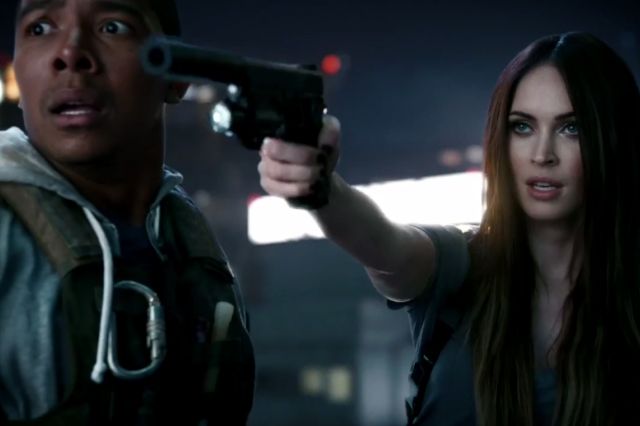 Call of Duty: Ghosts hits shelves Tuesday, and they’ve released a live-action commercial to promote all the awesome new features in the game. Like the dog! And Megan Fox! Oh, did we mention that the dog gets way more attention in this video than the lady? Way to meet expectations, COD.

In case you didn’t know, COD: Ghosts features a German Shepherd named Riley whom you can control with voice commands. The multiplayer mode also – for the first time ever – allows you to play as a female soldier. In this ad, Megan Fox plays the female soldier – and she’s in it for about 15 seconds, just long enough to get hit on by one of the dude-bros in the main squad. Way to remind women why playing online can be awful, COD!

Here’s the thing: if the whole point of including playable female characters in COD multiplayer was to recognize and/or encourage female gamers, why still exclusively cater to the 18-35 year-old hetero male in this commercial for the game? Why reduce Fox to a sex symbol who barely participates? They should have made Fox one of the four members of the squad, kicking Vegas butt and looking super-tough. We’d like to think any guy or girl would be into that.