Someone at CNN Communications deserves a raise. 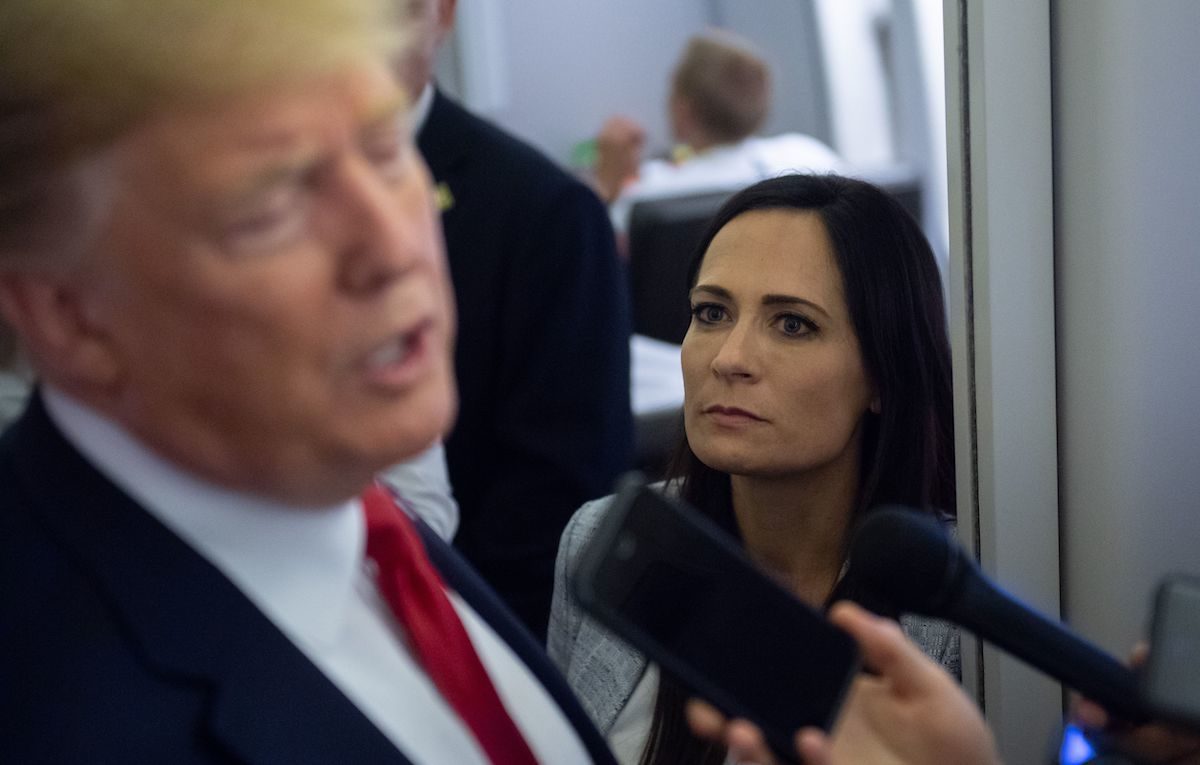 Stephanie Grisham has been Donald Trump’s Press Secretary since Sarah Huckabee Sanders left in June but no one would blame you if you didn’t know that. Last time I checked, she’s not just serving as the Press Secretary, but she’s also Trump’s communications director and she seems to have kept onto her old job as Melania Trump’s communications director as well.

Yet, for all of that, we rarely see her actually communicate. The Trump White House stopped doing regular press briefings long before Huckabee Sanders left her post, opting instead to let Trump talk to reporters directly while standing in front of a helicopter. (Meaning he gets to both set all the rules for the interactions while presumably feeling like an action hero.) Grisham has only done a couple of informal press gaggles and one TV interview with right-wing propaganda conglomerate Sinclair Media.

Grisham’s tendency to stick to the shadows is what makes today’s spotlight on her so unusual. The fact that she found herself being spectacularly dunked on is what makes it great.

For a few moments today while discussing Hurricane Dorian, CNN put up an image that mislabeled Alabama as Mississippi. An embarrassing mistake, to be sure. But Grisham took the opportunity to mock them on Twitter.

Hi @CNN, I know you guys are busy analyzing lines on a map, but perhaps you use your time to study up on U.S. geography? pic.twitter.com/kVgifHfPK4

That seems to be a dig at CNN’s and other media outlets’ contradiction of Trump’s claim that “certain models strongly suggested” Dorian was threatening to hit Alabama. They didn’t but Trump refused to accept that he misspoke; he appeared to have doctored an official National Hurricane Centre map to make it look like he was right (which is, by the way, a crime!), and then he kept tweeting about how he was right and the media was lying.

Which is probably what drove someone in CNN’s social media department who definitely deserves a raise to respond thusly:

Thanks, Stephanie. Yes, we made a mistake (which we fixed in less than 30 seconds). And now we are admitting it. You all should try it sometime.

That’s good advice but not likely to be heeded by anyone in this administration.