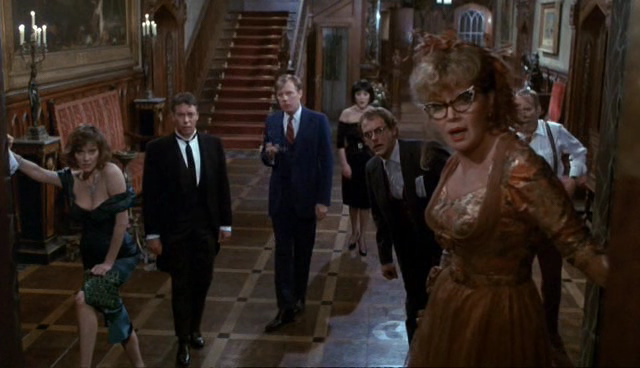 Thirty years may have passed since the premiere of the beloved cult classic Clue, but as it turns out it’s never too late to adapt your movie into a stage version.

Jonathan Lynn, writer and director of the original film, is working on a script that will take the board game characters off the screen and into the theater. Variety reports that Lynn’s stage version will open at the Bucks County Playhouse in May 2017 before touring nationally–however, the production is not eyeing a Broadway run as of this moment. Lynn himself took to Twitter to clarify one detail for curious fans regarding the stage adaptation:

Thanks to everyone for the kind words about the #CLUE play tour. For those who have asked, it is not a musical.

I guess that means that we won’t be witnessing the magnificent closing number by Mr. Green entitled “I’m Gonna Go Home (And Sleep With My Wife)”. To be fair, Clue was adapted into a musical at one point in time–it even had an Off-Broadway run, but overall didn’t perform very successfully. Since Lynn has more of a hands-on involvement this time around, maybe that bodes well for this new play.

But what does that mean for the Clue remake currently in development with Hasbro? That’s still in the works as of right now–and it’s a remake fans are eyeing with mild trepidation, because bear in mind this is the same company that brought us films revolving around such classic games as Battleship and Ouija. (I know because I was there.)