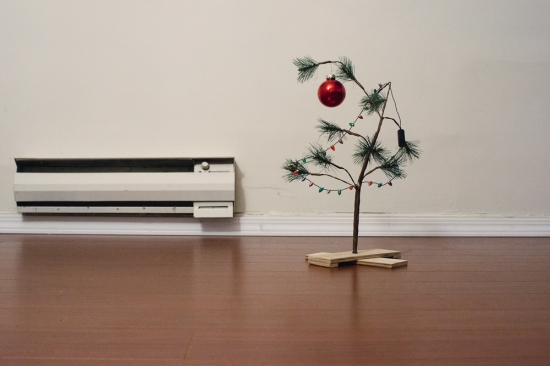 Nothing puts me in the holiday spirit like cold hard science. That’s why the news that German scientists are planning to clone the perfect Christmas tree has me feeling so festive. The plan is to increase the percentage of saplings that grow to mature Christmas trees of a popular species. This should make the tree selection process a lot simpler, since they’ll all be pretty much identical.

The tree that scientists want to clone is the Nordmann fir, or Abies nordmanniana, which is grown on huge plantations in Germany. Kurt Zoglauer, a biologist at Humbolt University in Berlin, said that 40% of Nordmann firs grown aren’t good enough when they mature after 10 to 14 years due to things like frost and being the wrong shade of green.

Zoglauer and other scientists hope to solve these problems by having a method to clone the best trees by 2016. The project is being funded by a grant from the German government.

Cloning trees may seem like futuristic science, but a form of cloning trees known as grafting has been around for a few thousand years. Most avocados come from clones of a single tree. Alton Brown explains the process pretty well in the “Curious, Yet Tasty, Avacado Experiments” episode of his show Good Eats. You can hear him explain it here. Skip ahead to the 4:30 mark for the explanation.

Since the desired Nordmann firs need to be aesthetically pleasing and hardy, grafting is probably not the way to go, which is why the scientists are looking for a new way.

The introduction of cloning to Christmas trees may seem a little unnatural for some people, but I’d say it can’t be any more unnatural than when Marvel introduced cloning to Spider-Man.

(via Yahoo! News, image via AloneAlbatross)