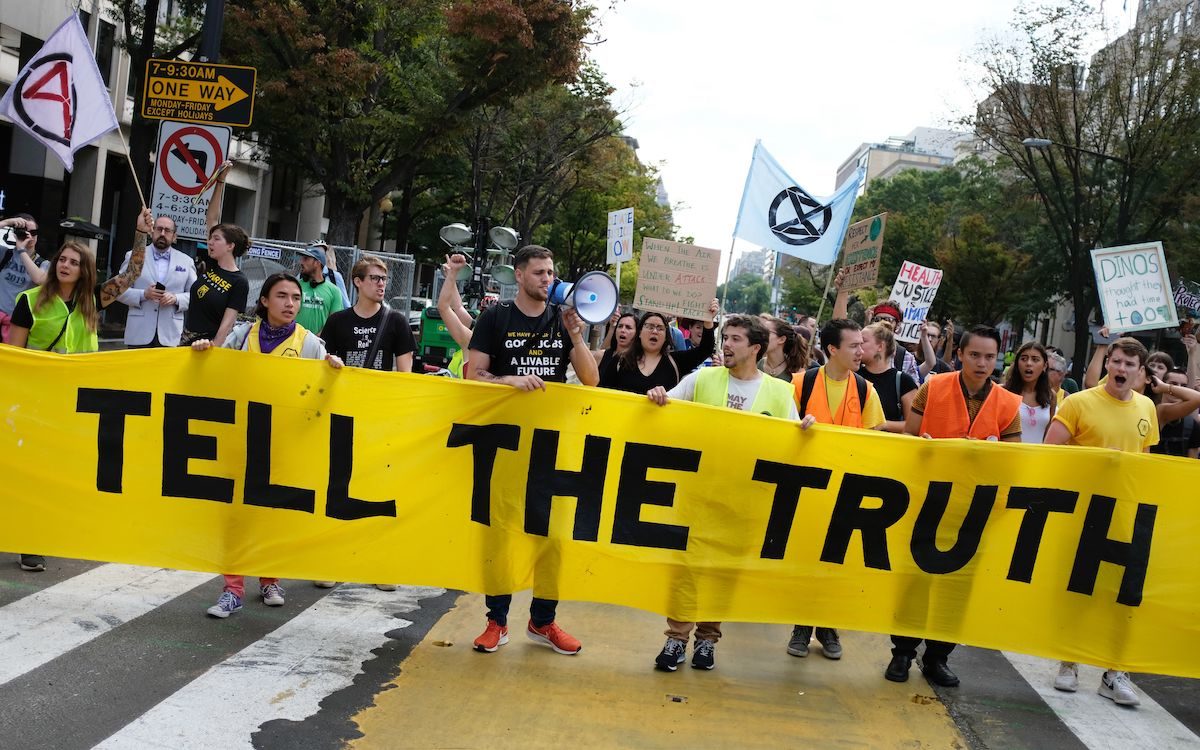 On Friday, millions of people participated in a worldwide climate protest. Kids and adults turned out in cities around the world for what was likely the largest climate strike in history, so it’s no surprise that a lot of people who have a vested interest in preserving fossil fuel industries are panicking and turning to one of their favorite tools: misinformation.

Following the protest in Sydney, Australia, where approximately 90,000 people participated, a Facebook group called the Australian Youth Coal Coalition (you know how kids love their coal!) shared a photo showing a public park covered in litter, which they claim was left behind by the climate protesters in Hyde Park. 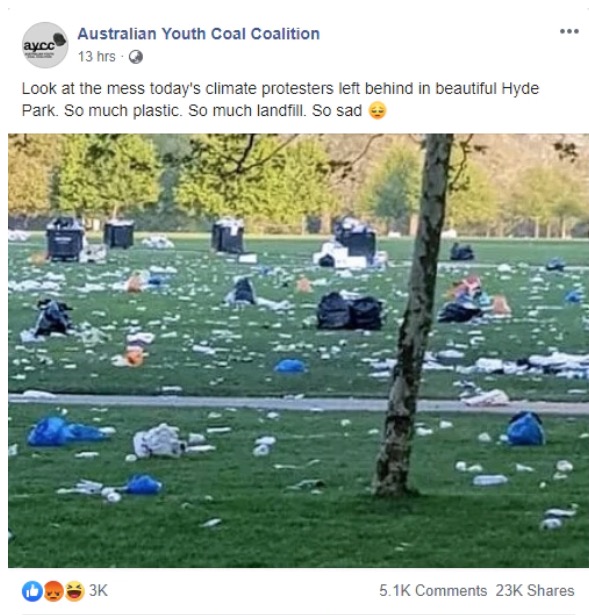 “Look at the mess today’s climate protesters left behind in beautiful Hyde Park. So much plastic. So much landfill,” read post’s caption.

The thing is, that photo wasn’t taken after Friday’s protest and moreover, it isn’t even of Hyde Park. It’s not even from Australia.

The photo the group posted is from a Hyde Park 420 event, which took place in Hyde Park, London, back in April. At the time, another climate activism organization got blamed for the mess too, thanks to a somewhat confusing caption on the original photo. In actuality, the group Extinction Rebellion, which was having a separate event in another part of the park, went over to clean up the 420 event’s mess.

The fact that the Coal Kidz posted such an outright lie didn’t stop the post from being shared 19,000 times in 12 hours (according to the Guardian). As you can see from that screenshot, that number only continued to grow. There are plenty of people out there who feel threatened by climate activism and by Greta Thunberg, the young activist who inspired this protest, and this photo tells them everything they want to believe about these young people is true–that they’re hypocrites, that they misinformed, that they’d rather focus on external forces than personal accountability. If all of those things are true, then they can feel justified in ignoring the climate crisis. (Plus they get to maintain that sweet, sweet sense of superiority over millennials & Gen Z.)

In reality, an estimated four million people showed up worldwide and had passionate yet peaceful protests because they believe climate change is a dire issue that needs immediate action. And those opposing them are having to resort to lies and propaganda to try to discredit them and the issue they believe in.

This is how desperate climate change deniers are–they’ve sunken to already-debunked photos and Nazi comparisons.

Children—notably Nordic white girls with braids and red cheeks—were often used in Nazi propaganda. An old Goebbels technique! Looks like today’s progressive Left is still learning its game from an earlier Left in the 1930s pic.twitter.com/E4q2KZ526s