The Killer Women of TNT’s Claws Get a Second Season 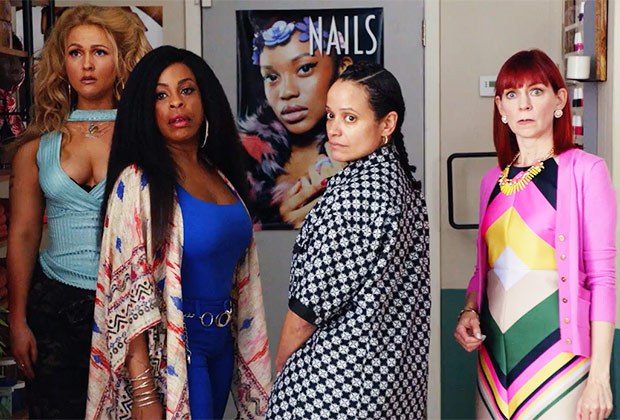 Sharpen your nails, because five episodes in, TNT’s thrilling nail salon/drug dealing comedy-drama Claws has been renewed for a second season.

From producers Rashida Jones and Will McCormack and showrunner Janine Sherman Barrois, Claws follows Niecy Nash, Carrie Preston, Judy Reyes, Karrueche Tran, and Jenn Lyon as employees of a nail salon that get tangled up with drug dealing, murder, and other kinds of shenanigans in the middle of Florida. We’ve praised the show for the diversity of its cast and the sisterhood between the characters. “You get to see woman who genuinely love each other,” says Nash. ” Writer Eliot Laurence also told us “I wanted to give women a show where they can be as complicated [as Walter White and Tony Soprano] and not apologize for it.”

The show so far has been absolutely hilarious, and the pacing of it ensures that you’re never bored. Depth and character development is given to characters that, in much of mainstream media, would often be reduced to a one-note, joke character. Instead, these women are anti-heroes, loyal friends, and much more.

Claws has gained a significant following since the premiere, with Deadline calling it “the highest-rated TNT series launched since the cable network’s programming shift last year under the new regime.” Notably, this fan base includes critically acclaimed horror legend Stephen King. “Look out Manatee County, these ladies are coming back for more!” said TNT’s EVP programming Sarah Aubrey. “These strong-willed, hilarious women represent the diverse voices this network is all about. Claws has certainly struck a chord with audiences and continues to attract new viewers each week.”

Are you looking forward to more Claws?