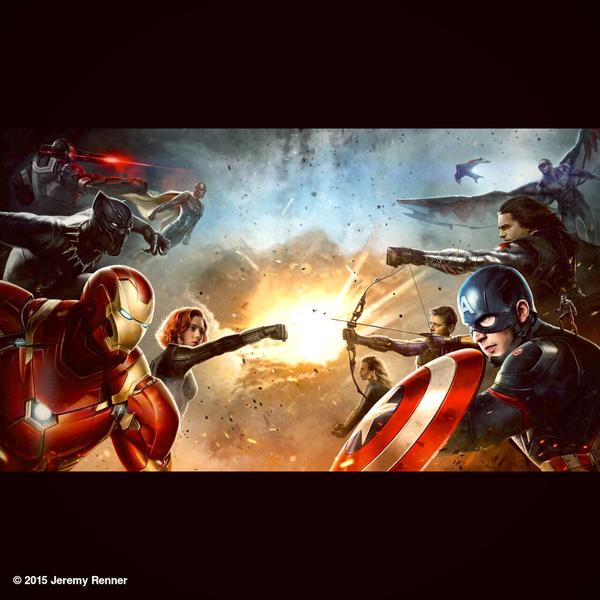 Not only did Jeremy Renner tweet out this art featuring Captain America: Civil War characters, he watermarked it himself, which means it’s probably his own personal Hawkeye fan-art. It also may or may not be an indication about which side each of the heroes in Civil War will take in the Iron Man vs. Captain America show-down. On Tony’s side, we see Black Widow, Black Panther, War Machine, and the Vision. Over by Cap, it’s Ant-Man, Agent 13, Falcon, the Winter Soldier, and Renner’s own Hawkeye.

Renner seems to have designated himself as the official rumor-monger of Civil War, given his recent confirmation that Hawkeye would definitely be on Cap’s side in the upcoming film. Oh, also, this isn’t the only piece of fan artwork that Renner has shared with us all. Here’s the second image: 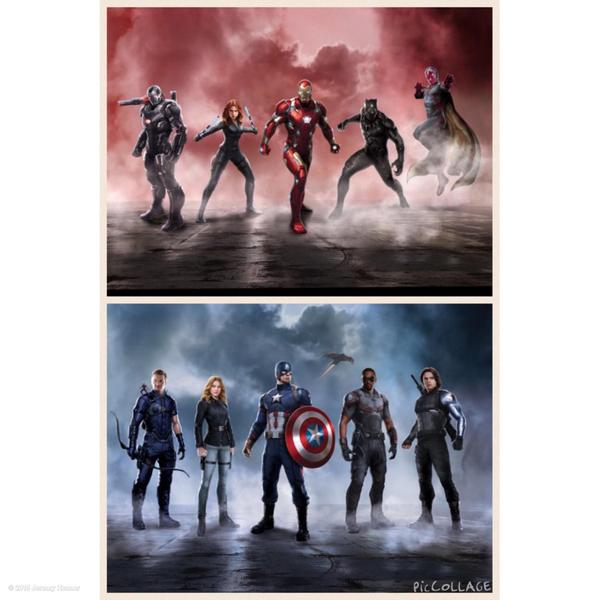 Same Jeremy Renner watermark (although it’s slightly faded this time), and the same character breakdown as before … except Ant-Man must be too small to see in the second shot. Given that Pic Collage is the name of an image editing program, and given that Renner’s watermark seems to indicate that these are his own mock-ups rather than official promotional posters, I think this is just an endearing bit of trolling by Mr. Renner. But, hey, who knows?

Renner also tweeted a photo of himself in a new costume, posing with his “friend” Ant-Man, which many are taking as confirmation that all of the photos are totally legit. Feel free to read his tweets and draw your own conclusions, though.

Anyway, we have some ideas as to how Jeremy Renner could workshop his watermark signature on his future artworks. Here’s our crayon-inspired take, made by TMS staffer Alec Bernal … 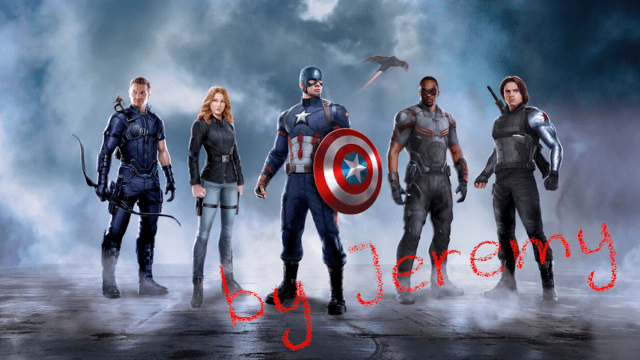 (via Variety, images via Jeremy Renner)