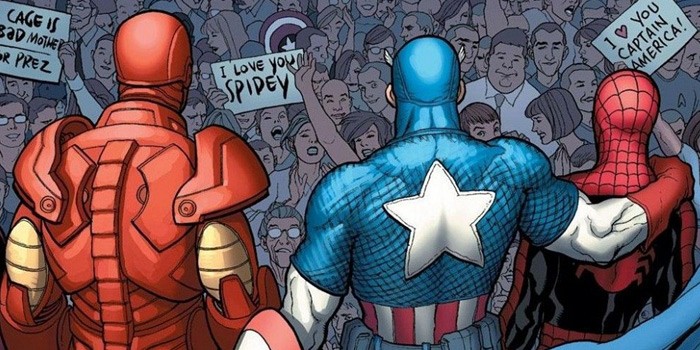 In front of an audience of 4,500 Cap fans (!), Evans offered some details on how Civil War will differ from its comic source material, and revealed who he (Chris, not Cap) would side with:

Tony actually thinks we should be signing these accords and reporting to somebody and Cap, who’s always been a company man and has always been a soldier, actually doesn’t trust anymore. Given what happened in [Captain America: The Winter Soldier], I think he kind of feels the safest hands are his own.

[…] These are understandable concerns, but this is tough because, even reading the script, you think I think I agree with Tony in a way, and I do agree that to make this work, you do need to surrender to the group. It’s hopefully what will make the movie great is nobody’s right, nobody’s wrong.

We’re reaching the point in Civil War mania where I’m already starting to conflate the actors with their characters, so I’d be interested to hear if Robert Downey Jr. has similar thoughts about which side has the ethical upper hand.