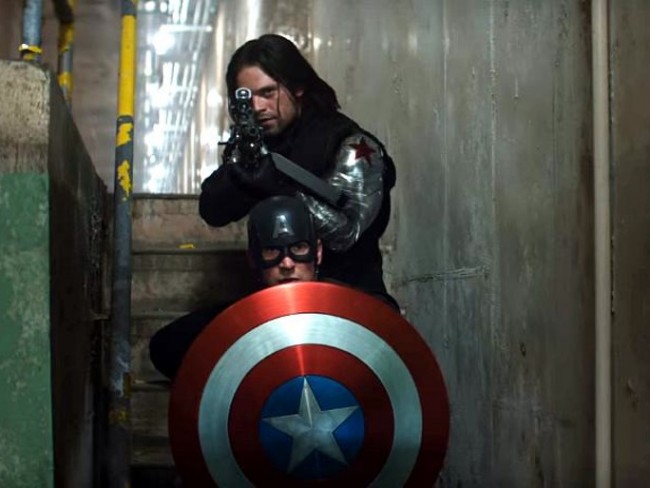 There’s a moment early on in Captain America: Civil War when the Winter Soldier, AKA Bucky Barnes, purposely crashes into a car on a country road late at night. The car’s driver and passenger are not identified, nor will they be until the final third of the movie, but it’s still possible to determine who’s in the car—at least, if you’ve spent a significant amount of time in the Captain America fandom.

There’s no question that anyone who considers himself or herself part of a fandom will have a different read on a piece of media from someone on the outside—whether it’s due to taking in all supplemental material, shipping a certain pairing, participating in fan theorizing, or some combination thereof—but exactly how does their experience differ from a reader or regular viewer who’s never dived any deeper into non-canonical material? And who’s getting more out of any given media?

It would be easy to say that participating in a fandom enhances a viewing experience. Knowing the identity of a previously unseen character can make it much more exciting when they finally make an entrance, and knowing what’s coming next before it happens can feel like keeping a secret; the informed viewer and the creators are in on it, while the general public will have to wait and see what happens. Knowing in advance, as in the case of the identities of the driver and the passenger in Civil War, adds an extra thrill that’s unfamiliar to the casual observer, but it also takes something away. A member of the fandom doesn’t get to put the puzzle pieces together and figure out that Howard and Maria Stark are in that car, and that the Winter Soldier killed them. Instead, they have to sit back and find their surprises elsewhere.

Even if a casual viewer pays particularly close attention, it’s likely they won’t know for sure that Howard and Maria’s blood is on Bucky’s hands until Tony Stark finds out. (That knowledge, coupled with Steve Rogers’ admission that he’d known who was responsible for the Starks’ deaths but never told Tony, is what sends Tony over the edge and starts the fight the Civil War trailers teased so much.) That makes the pivotal scene more of a gut punch than it would otherwise be. It’s a sort of hat trick of emotional beats: Tony’s parents died because of the Winter Soldier, Steve knew, and Steve didn’t think Tony was ready to know that. But a viewer equipped with the knowledge that can be gleaned from a fraction of a second in Captain America: The Winter Soldier—a single headline indicating that Hydra was responsible for the Starks’ deaths during the time period the Winter Soldier was active—only really gets to experience the surprise of that third revelation.

It’s still powerful to find out why Steve kept it a secret, but not as powerful as it otherwise could have been.

Without the surprise, a fan can feel isolated from the rest of the crowd. Their first feeling may be a sense of superiority, having known what was going down and kept that secret, but that thrill only lasts so long when everyone else gets to gasp and later marvel at how well plotted the twist was. There will still be surprises, original developments that the creators can guarantee even the most diehard of fans will never see coming, but can that leave the viewer who’s done more than their share of homework with a hollow feeling?

Ultimately, no matter what level of foreknowledge a fan possesses, they’ll still get something out of that surprise. Maybe the moment will play out differently from how they envisioned, like when an on-screen adaptation of a book or comic deviates from the source material in a (potentially) successful way. Maybe it’ll be emotionally resonant in a different way, as it is in Civil War, where it gives perspective on Bucky’s mental state, or maybe it’ll be as simple as looking at fellow viewers and observing crowd reaction; with the right audience, a TV show or movie becomes infinitely more entertaining, whether it’s a group full of Whovians embarking on the latest series or a much more varied crowd like we’ll see at Rogue One.

When someone watches a movie or TV show that’s commanded a following large and passionate enough to designate as a fandom, they know they’re seeing something that’s been deemed worthwhile. Whether they can explain a character’s off-screen backstory or not may matter on a personal level, but at the end of the day, everyone’s going to come away with their own experience. Everyone’s going to have something to discuss, and that’s what’s worth seeking out in culture: the discussion-worthy topics that allow the fandom faithful and the casual viewer alike to ask, “Did you see that coming?”