Seriously, People, Stop Taking The Cinnamon Challenge, It Is Literally Poisoning You 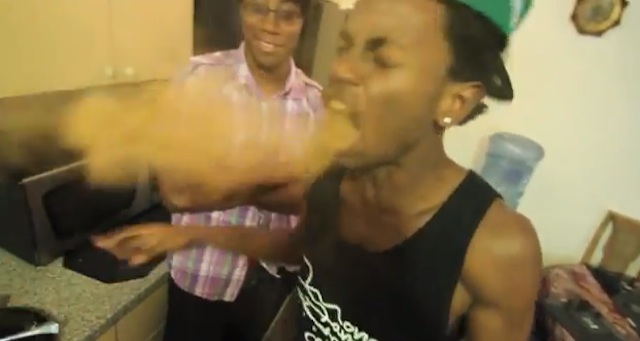 Because they apparently needed a new way to be really disappointed in today’s youth, doctors from across the nation have deemed it necessary to issue an official declaration that taking the cinnamon challenge — that is, eating a spoonful of cinnamon to prove to YouTube that you will literally do anything to be stared at by strangers on the Internet — is a terrible idea that can land you in the hospital.

Cinnamon abuse related calls to poison hotlines in the U.S. quadrupled between 2011 and 2012, with more than 30 people landing themselves in hospital beds after attempting to consume more cinnamon than a reasonable person would ever consider. In addition to coughing fits and occasional bouts of vomiting, eating that much cinnamon straight can cause serious respiratory damage, including a collapsed lung in one Michigan teen. So yes, though we can’t believe it has to be said, please don’t eat cinnamon by the spoonful.

Look at that guy. He’s not having a good time. That’s not the face of a person who has made a good life choice. Like, maybe ever. But definitely not at this moment. So don’t be like him. Doctor’s orders.