It’s Official: The Church Of England Will Soon Appoint Women As Bishops 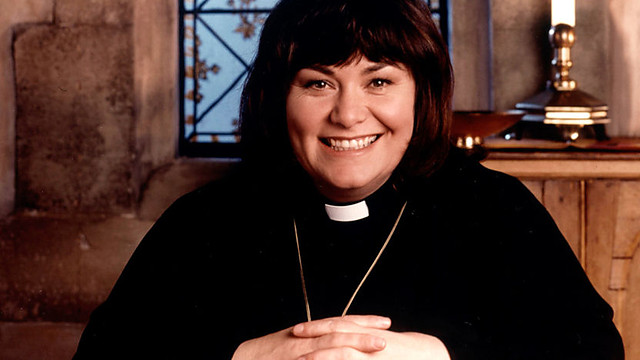 Bishops with bob cuts and magnificent bosoms for every parish! Hooray!

Back in July of this year, the Church of England’s General Synod voted to officially allow women as bishops, previously a position only held by men. Now the Synod has finally approved the legislation required for such a change in policy and will officially rewrite the wording of “Canon 33” to say that “a man or a woman may be consecrated to the office of bishop.”

This latest step forward for the Church is the result of years of campaigning and debate led by existing female clergy members and other gender equality advocates. Women were first permitted by the General Synod to become deacons in 1985 and priests in 1992; a previous ballot on female bishops was struck down by only six votes back in 2012. (It’s also worth noting that Churches in Scotland, Wales, and Northern Ireland already had the legislation in place to appoint women as bishops, but that they have yet to appoint any.)

The Synod has yet to appoint any women as bishops yet, of course, given that the decision was only recently finalized. Bishop James Langstaff, who helped to steer this important legislation through the Synod, told BBC Radio 4 on Sunday that female priests would be given extra training to ensure that they’re just as prepared as the male candidates who’ve already familiarized themselves with the bishop selection process.

“What we are doing is some affirmative action rather than discrimination,” he said, “in that some real efforts have been made and are being made to make sure that those women who now may be candidates are able to be, as it were, on the level with their male colleagues who have been looking at this for some time.”

But what happens when women do finally get appointed to the position sometime next year as most onlookers are speculating? Now that the legislation is official, hopefully nothing too drastic, Reverend Rose Hudson-Wilkin said to BBC News. “We do not want to force people to accept women as bishops—they’ll just get on with their job. Though I think they’re going to need an extra dose of the Holy Spirit in order to sustain the weight of everyone’s expectations.”

Okay, but here’s the most important question: d’ya think Dawn French and Richard Curtis will make good on their word to relaunch Vicar of Dibley with Geraldine as a bishop? Because that would be pretty rad, admit it.

(via BBC News and The Telegraph)