The British writer is also penning Birds of Prey and Batgirl. 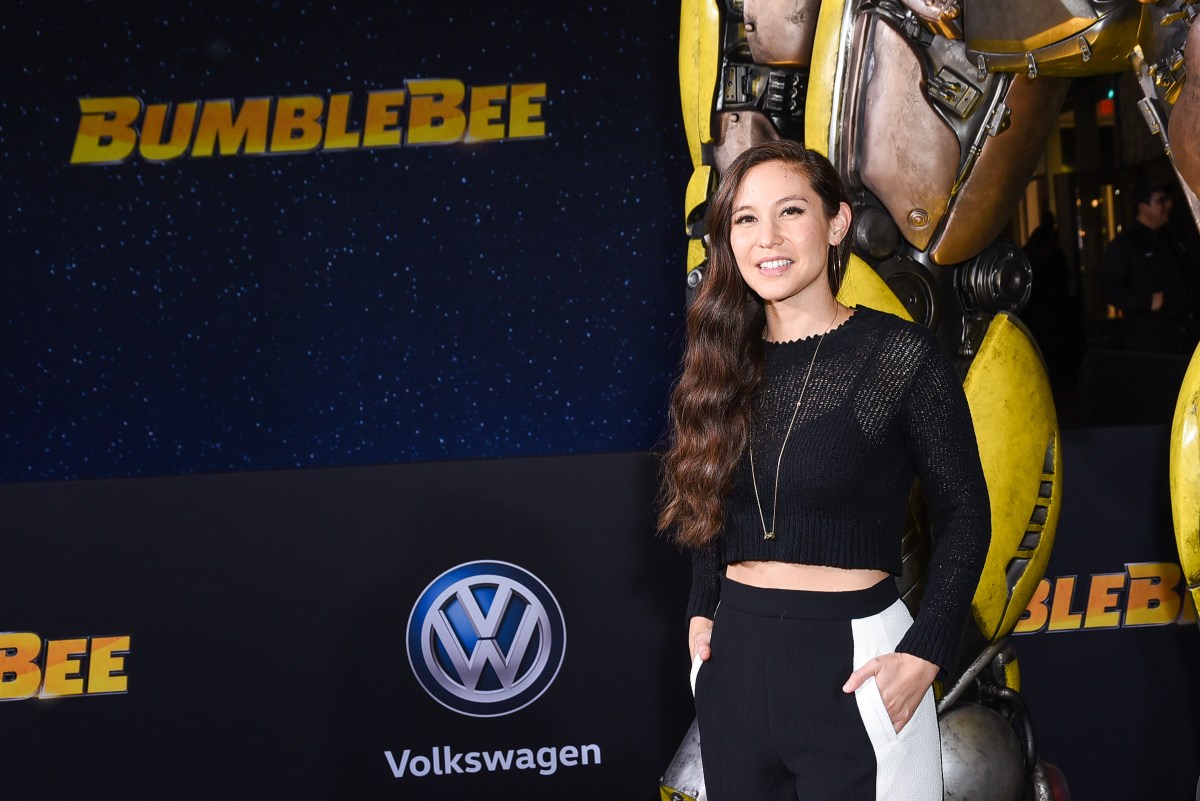 Christina Hodson is having a very good year. The screenwriter’s new film Bumblebee is garnering great reviews and is poised for box office success. Her next film, Margot Robbie’s highly anticipated Birds of Prey, starts shooting next year. Oh, and she’s been tapped to write DC’s upcoming Batgirl movie.

We sat down with the British screenwriter to find out more about the inspiration behind Bumblebee, growing up geeky, and why Linda Hamilton in Terminator 2: Judgement Day remains one of the best onscreen heroines ever.

[This interview has been condensed and edited for clarity]

The Mary Sue: Growing up, were you a fan of the Transformers?

Christina Hodson: I was a huge fan of the toys and cartoons, I was very much a kid of the 80’s so I had a little Transforming cassette tape, which I thought was the coolest thing in the world, and I loved the cartoons, but honestly I hadn’t thought about the Transformers in a while until I came back to it, and it was really fun coming back to it. It felt like going back to the old days. And that’s what Travis [Knight] has done with the G1 designs, it does feel very much of the time.

TMS: In the film, Charlie (Hailee Steinfeld) is such a winning protagonist and a fully formed female character, which is rare for a Transformers film. What inspired the character?

CH: The way I got into Charlie was really the two inspirations, my two nieces. My British niece Jeanie, who was only 3 or 4 at the time I started writing the character, but even at that young age you could see the choices she was making and who she was, she was very precocious and talkative … she was both a tomboy and a girly girl … she just didn’t fit into one convenient box, which I find so many of these female characters in big movies these days are just kind of like, this stereotype-by the way, also the boys, like a lot of these characters generally are kind of one-note thing, and Jeanie so wasn’t that, and I really wanted to create a character in a big movie that she could watch onscreen that would feel like her, that would feel kind of nuanced and a bit more like how I felt when I was growing up. I was kind of a mixture of all sorts of things.

And then my other niece, Sylvie, who is American, she’s 12 and she sadly lost her mum early this year to brain cancer, and the bond she has built with her dad over the last few years is so strong and so based on er kind of adopting some of his interests: they’re both obsessed with cars, fanatic about that, but also his taste in music … things like that, so having those two girls really is my real-life inspiration and were enormously helpful in creating Charlie and kind of turning her into a fully fleshed out human.

TMS: Who were some of your favorite female characters growing up?

CH: Easy, it’s Linda Hamilton as Sarah Connor in Terminator 2, she’s my number one, my favorite. I love her.

TMS: So, you’re working on two of the most highly anticipated comic book movies coming up, Birds of Prey and Batgirl. Have you also been a comic book fan?

CH: Yeah, I won’t pretend like I know everything, and if you grill me I’ll get things wrong, but no I grew up loving comics and very much fell back in love with DC when I started working on these DC projects. Batman was always my favorite character growing up, so I naturally was just more of a DC [fan] over Marvel, which was convenient!

It’s been amazing getting to research all of these characters and do a deep dive on them. Some of them have histories going way, way back, so it’s been really fun re-familiarizing myself with some of them, learning some of them that I had never met before, getting to know them and then spinning it into something new and different.

TMS: You’ve written horror, science fiction, and now comic book movies. What draws you to genre work as a writer?

CH: I would say the through-line of everything I do is really about the character. So far it’s always been female-driven, but it’s about finding these strong, complex, flawed, nuanced women, often kind of ordinary women put in extraordinary situations, and then kind of seeing what happens when you back them into that kind of corner. Like what resurfaces, and who they become in that situation …

Generally speaking, I’ve always been someone that wanted to write Terminator 2 , that was my dream movie as a kid. I always wanted to do something big and fun, the combination of big spectacle with character-driven emotion and heart, which I think is something James Cameron does so well in that movie.

TMS: So in your opinion, what makes a great superhero character?

CH: Ooh, I think it’s the same thing that makes any great character: nuance and complications and depth. Being a person that’s full of contradictions and having a clear goal of what you want, but sometimes the obstacles are internal as well as external. I think that one of the things with Charlie in Bumblebee is, she is the one holding herself back after the loss of her father, she is the one kind of stopping herself from being able to connect with people again.

So yeah, I think it’s just about adding the richness and the depth, and sometimes it’s messy and murky and complicated and as a writer, you have to find that character through a process of trial and error sometimes. But I think it’s not just going too simple, it’s looking for the good and the bad in people. Batman is such a great character because he’s a hero but he also comes across as a villain sometimes, he is dark and brooding but also driven by good things. He’s got his wounds and his background that make him complex and interesting.

TMS: Was Bumblebee always planned to be set in the 1980s as a prequel?

CH: Yeah, when I came up with the idea I wanted to set it before the other movies and I’m a kid of the ’80s, I loved the ’80s, that was when, you know, summer of ’86, that was when a lot people fell in love with Transformers, so when I first pitched it, it was summer of ’86 and then shifted to ’87. But … for me it always felt a little bit timeless, as it’s the 80’s I loved the nostalgia of it. But because it’s got that small-town setting in Northern California, it does have a slightly timeless feel, it feels a little bit outside of the normal world, which I think is fun.

TMS: Are there any passion projects that you’re working on or stories you want to tell that you haven’t gotten the chance to do yet?

CH: There’s a project I’m producing right now, which is the true story of Barbara Hillary, who at the age of 75 was the first African-American woman to go to the North Pole, having never skied in her life, and raised the funds for the expedition herself, and then became the first African-American woman to go to the South Pole as well. She’s just the most inspirational, incredible, hilarious, interesting woman, so that’s a story that I’m super excited to bring to the big or small screen.

TMS: What advice do you have for women who are aspiring screenwriters and trying to make a career out of writing?