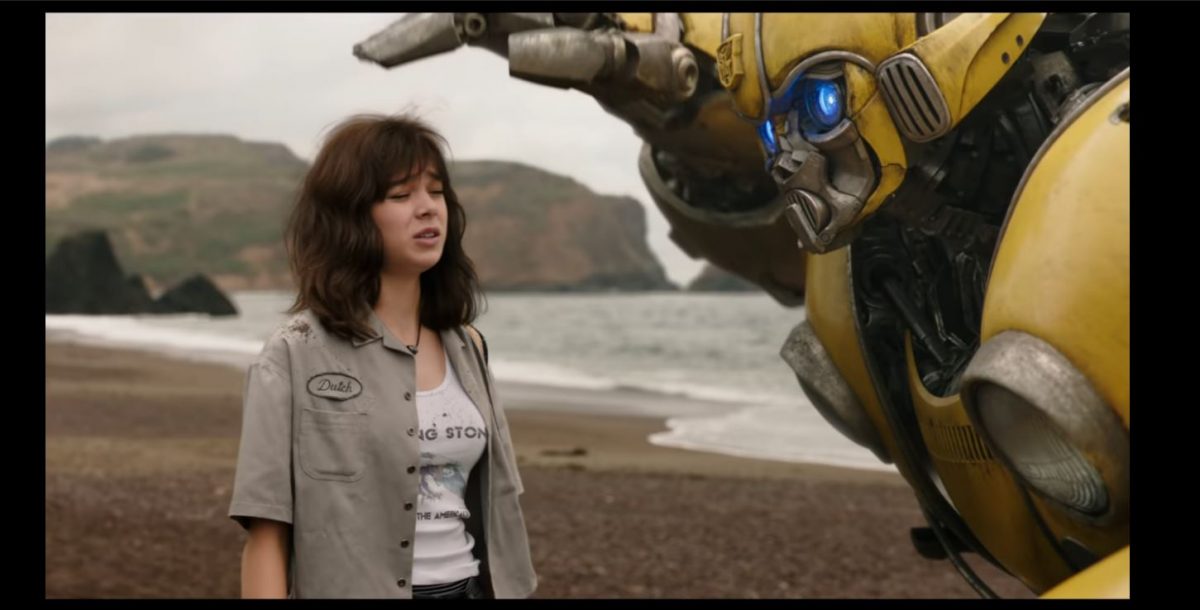 The Transformers films have always served as a paean to Hollywood’s worst instincts. Michael Bay’s bombastic, bloated film series was all digital effects, convoluted mythology, and migraine-inducing endless action sequences. But after five mind-numbing installments, Paramount has taken the franchise back to basics with shockingly good results.

Bumblebee takes us back to the 1980’s (literally and figuratively) for an intimate, character-driven fable that hearkens back to the beloved Spielbergian family films of the Amblin era (Spielberg is an executive producer of the film series). There are shades of E.T. the Extra-Terrestrial and Harry and the Hendersons in this coming of age story about Charlie Watson (Hailee Steinfeld), a teenage girl who is still struggling to come to terms with the sudden death of her father.

Charlie’s life changes when she’s gifted an old yellow Volkswagen Beetle, which she soon discovers is more than meets the eye (sorry not sorry). Bumblebee is a lone Autobot scout, sent by Optimus Prime to find a new home base after the Decepticons take over their home planet of Cybertron. After crash landing on earth, Bumblebee is quickly under attack, from both rogue Decepticons and the U.S. Army, led by square-jawed commando Jack Burns (John Cena). After a Decepticon rips out Bumblebee’s voice box, the poor bot is left, injured and rusting, to hide out in a junk yard until Charlie finds him.

Charlie and Bumblebee quickly bond as the teen mechanic and the puppy-like bot form an unlikely friendship. Soon they are cruising down the California coastline, joined by Charlie’s neighbor and hopeful love interest Memo (Jorge Lendeborg Jr.). When Decepticon scouts Shatter (Angela Bassett, in the first female Autobot role) and Dropkick (Justin Theroux) come after Bumblebee, the teens must team up with the yellow Autobot to fight back and save the world from a Decepticon invasion.

There’s a lot to love about Bumblebee, starting with a soulful script from Christina Hodson (who is penning the upcoming Birds of Prey and Batgirl films). Hodson smartly centers the story on its human characters, with Charlie as a tough yet vulnerable heroine who opens her heart to the goofy sweet Autobot.

There is heart and humor in the 80’s set film, which warmly pokes fun at the time period with nods to Tab soda, The Smiths, and even ALF. And how delightful is it for a Transformers film to finally have a female protagonist who isn’t just there to satisfy the male gaze?

Director Travis Knight (Kubo and the Two Strings) taps into the retro design of the G1 Transformers, giving us bots that actually transform like the beloved toys did. There is a clunky, vintage feel to the bots that will strike a chord with 80’s kids everywhere. Knight puts his animation background to brilliant use in a series of genuinely thrilling and dynamic action scenes that serve the story.

Bumblebee is a crowd-pleaser of a movie, and it hits all the necessary beats of an action-adventure family film. The movie succeeds where all of Bay’s films failed because, despite being a story centered on battling robots, Bumblebee never loses sight of its humanity. What an unexpected delight.