Chris Pratt Surprised Kids At a NYC Screening of Guardians of the Galaxy Last Night, Gave the Cutest Q&A Ever 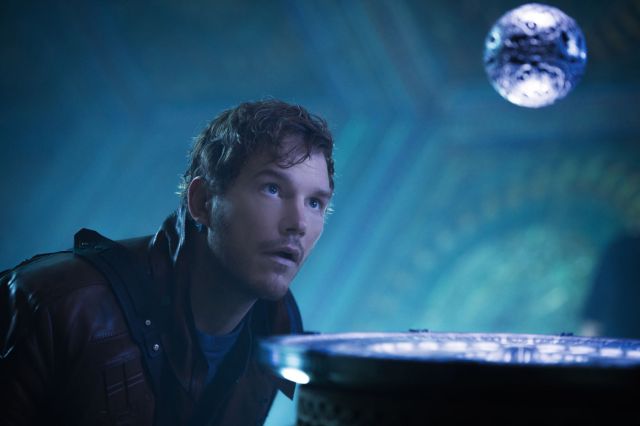 The New York Daily News has done advance screenings of Marvel movies before where they got special guest stars to show up, meet the kids in the audience, and do a Q&A. And nothing against Robert Downey Jr. or Tom Hiddleston, whom I sure are very nice gentlemen in real life, but holy Jesus. I got to attend the Guardians of the Galaxy screening last night, featuring special guest star Chris Pratt (video at the link), and I think my teeth might still be rotting.

First off: Zoe’s review of the film will be up on Monday, but TL;DR, it was great (at least I think so). Then Pratt showed up and told the kids, who hail from two local charities, that “I think you’re all very awesome… Take it from a kid who grew up having no money, struggling hard to get by. Just know that if you stick to your path and you believe in yourself and be courageous enough to be yourself, you can grow up and you can be your own Star-Lord.”

He went on to take questions from the audience, talking about stuntwork…

“It was pretty athletic. And I always played sports growing up. Anyone here play sports?… That was something I really loved when I was a kid. It was a lot like that.”

…the Guardians being in Disney Infinity 2.0…

“This is the first time I’ve ever even heard of that! Let me ask you, how do you think I should feel about it?… I feel excited about it then. If you think so, I trust you.”

…and his favorite scene…

…before giving a high five to every single kid in the audience and taking a selfie with all the younguns who could get over their shyness because frickin’ Star-Lord. “That was really fun, this is what is all about,” Pratt told the Daily News. “I get impatient sometimes being on a promotional tour all the time, but something like this I would sit here as long as it took to take a picture with every one of those guys. Tonight was really special to me.”

Now go watch this video and lose it even more.