Chris Pine Is Super Hyped for Wonder Woman: “It’ll Be a F***Ing Blast” 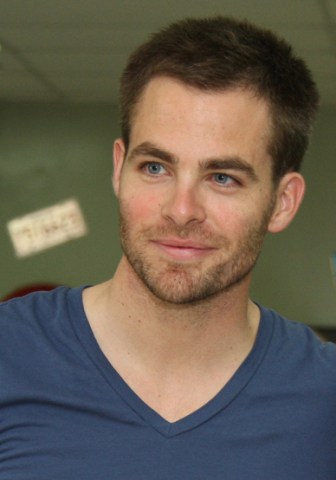 Chris Pine, who’s slated to play Steve Trevor in Wonder Woman, feels over the moon about that whole situation. The film’s already in production now — we’ve had a peek at Pine’s costume, and we know he’s probably going to be a love interest for Diana.

If the genders were swapped, that “love interest” role would mean he probably wouldn’t end up having very much to do in this film — but it’s hard to say what we can expect in when it comes to women-led action franchises. All the tropes go out the window! Sometimes, Steve Trevor does end up playing a larger role in Wonder Woman stories. I’ve been mentally comparing the dribs and drabs of news about this movie to the 2009 animated Wonder Woman movie, in which Nathan Fillion voiced Steve Trevor — and he had a fairly significant role there, for better or for worse.

Anyway, here’s how Pine feels about this movie:

It’ll be a f#cking blast. Patty’s got a tremendous sense of story, I couldn’t be happier to be supporting Gal in what’s going to be the first female-driven superhero film. I think in the world today we’ve had plenty enough of male-driven everything and it’s finally time to see how wonderful the world can be with beautiful, strong intelligent women kicking some major ass.

I think it’s a little strange that we’re officially retconning the existence of movies like Catwoman and Elektra — sure, those movies were embarrassing missteps that didn’t seem to understand their audience, but they did happen. And with TV shows like Supergirl and Jessica Jones taking flight in our hearts — not to mention female-fronted action movies like The Hunger Games and The Force Awakens acing the box office — a movie like Wonder Woman should probably stop feeling like a revolutionary and risky decision, right?

Still, it’s kind of cute to hear that Chris Pine is 100% on board with the prospect of playing second fiddle to Gal Gadot in her star turn. I hope the movie is as much of a “f#cking blast” as Pine promises!

(via Geek Tyrant, image via Wikipedia)