I love my good boy so much. 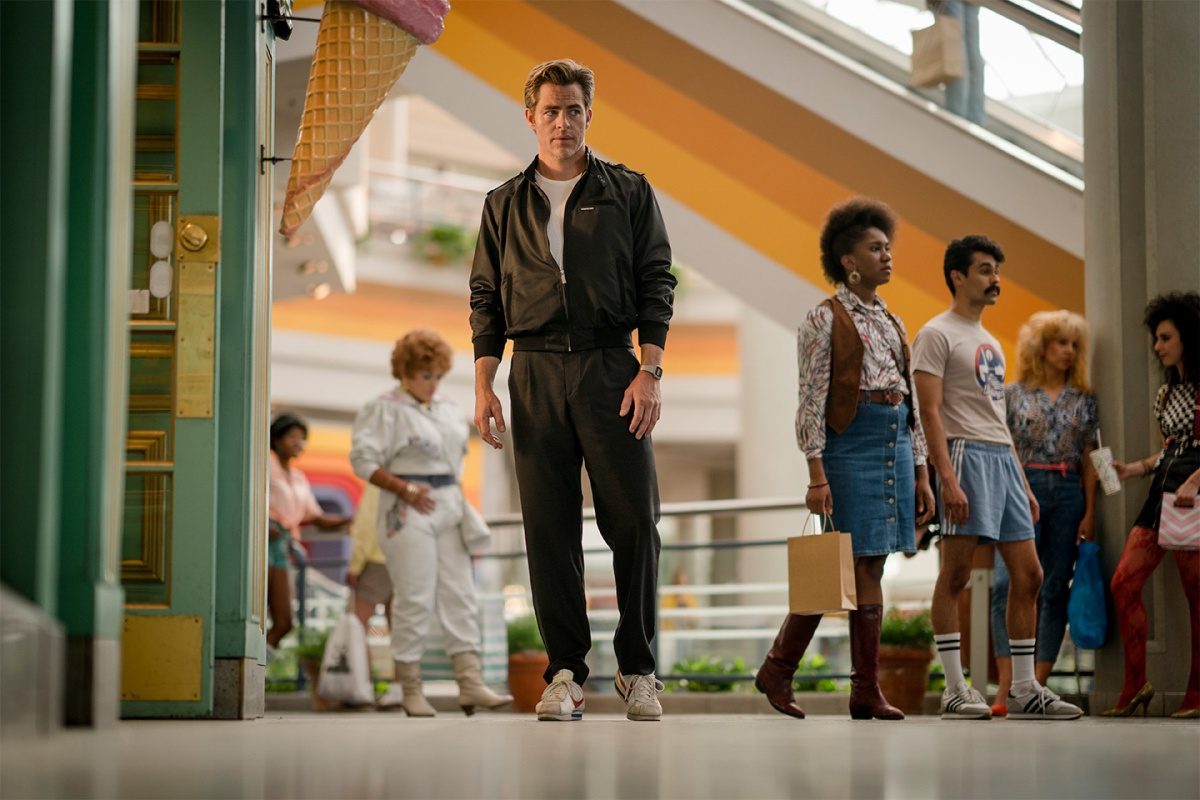 Steve Trevor is one of those fictional characters that sticks out to me because he represents an idea that is often ignored or non-existent in pop culture. When we think of the love interest in a comic book film, television show, or comic run, we typically jump to the idea of it being a woman. More often than not, the hero in question is a big strong man, and his love interest is a woman (who often does have her own stronger attributes).

I’ll certainly defend individual female love interests because there are some amazing women in the superhero canon who are in love with our superpowered heroes. Lois Lane and Mary Jane Watson instantly come to mind. But with Steve Trevor, he’s a man filling the role that women typically fall into. Sure, he’s a bit more well-rounded than we typically see for a “love interest,” because male characters always have an advantage in that way because men are writing them, but still, the love I have for Steve Trevor knows no bounds.

In preparation for us eventually getting to see Wonder Woman 1984, actor Chris Pine talked with Total Film about the dynamic shift between Steve and Diana in this movie, as opposed to how he was in the first Wonder Woman film:

What I will say about him is that he’s deeply, supremely excited. He’s excited to be back with Diana. He’s excited about this world. Tonally, what’s different is, he’s not world-weary. He’s not jaded. It’s a complete 180 from the tone of the character of the first one.

Trevor has always been a character I gravitated towards (as a fan of Diana Prince) because he understood his part that he had to play. Even in Wonder Woman, where he, in a lot of ways, had the advantage over Diana, he accepted that she was ultimately the hero of the story.

Now, with Wonder Woman 1984, Steve doesn’t even have the advantage of being the one who knows this world. He’s just thrown into it and has to turn to Diana for guidance this time, completely flipping the dynamic they started out with.

Pine also commented on the shift in dynamic and attributes that brilliance to director Patty Jenkins: “I thought it was a nice idea. It’s a brilliant move on Patty’s part. That’s just one clear indication of a big tonal shift this time out.”

When it comes to Steve Trevor, one of the things I’ve always loved is both his willingness to teach and his willingness to learn. It’s something that I absolutely hated about the infamous Joss Whedon script for his version of Wonder Woman. In it, Steve Trevor spoke to Diana Prince as if she was less than he was.

That’s not what Steve Trevor is or what he stands for. He recognizes his ability to help her and does so without demeaning Diana, and that’s why Diana feels like it’s such a stab to the back when Steve stops her from killing General Ludendorff because she thinks he’s Ares.

Their relationship is based on a trust. That dynamic only works because Steve recognizes that Diana is more powerful than he is and uses his own strengths to help her. It’s never been about feeling less than because he cannot physically take on Diana. Instead, it’s about using what knowledge he does have to help her.

That dynamic is clearly going to shift in Wonder Woman 1984 because Steve Trevor doesn’t have the advantage anymore. He doesn’t know this world but he just clearly seems to be filled with a giddy optimism about it. The idea of being able to discover this new world with Diana leading him? It doesn’t seem like he’s mad she’s teaching him, just happy to be with her once more.

That love he has for her and the undeniable bond they have through the comics, the TV series, and now the films is what drew me to their relationship in the first place and keeps me there. I know I’ve said time and time again that I want Diana Prince to carry Steve like a bride (which is an iconic image from the character’s animated history), but it’s the truth because that’s just how they work together.

Chris Pine recognizing these aspects of Steve and playing with them is also why I think he was perfect casting. So many could have taken Steve and made him into this man who wanted nothing more than to fight and be right and be just as strong as Diana, but Pine recognizes that Steve isn’t the same, and Steve knows that himself.

Knowing that he’s not going to be able to take on a god but doing the right thing within his grasp has made me love Steve Trevor as much as Diana Prince loves him, and I can’t wait to see where Wonder Woman 1984 takes their journey. And before you say anything, yes, I know there’s a theory that it’s not really Steve, and yes, that physically hurts my heart, but at least whatever version of Steve Trevor we’re going to see is still part of the character I know and love so well.

I, personally, can’t wait to see Wonder Woman 1984. (I yell about it enough, that should be clear.) And getting to see the next installment in the relationship between Diana and Steve is going to delight me and break my heart, and I’m okay with that.