Christopher Whitelaw Pine Bares All in Outlaw King, Isn’t Sure Why We’re All Suddenly So Interested

How many puns can I make about this? 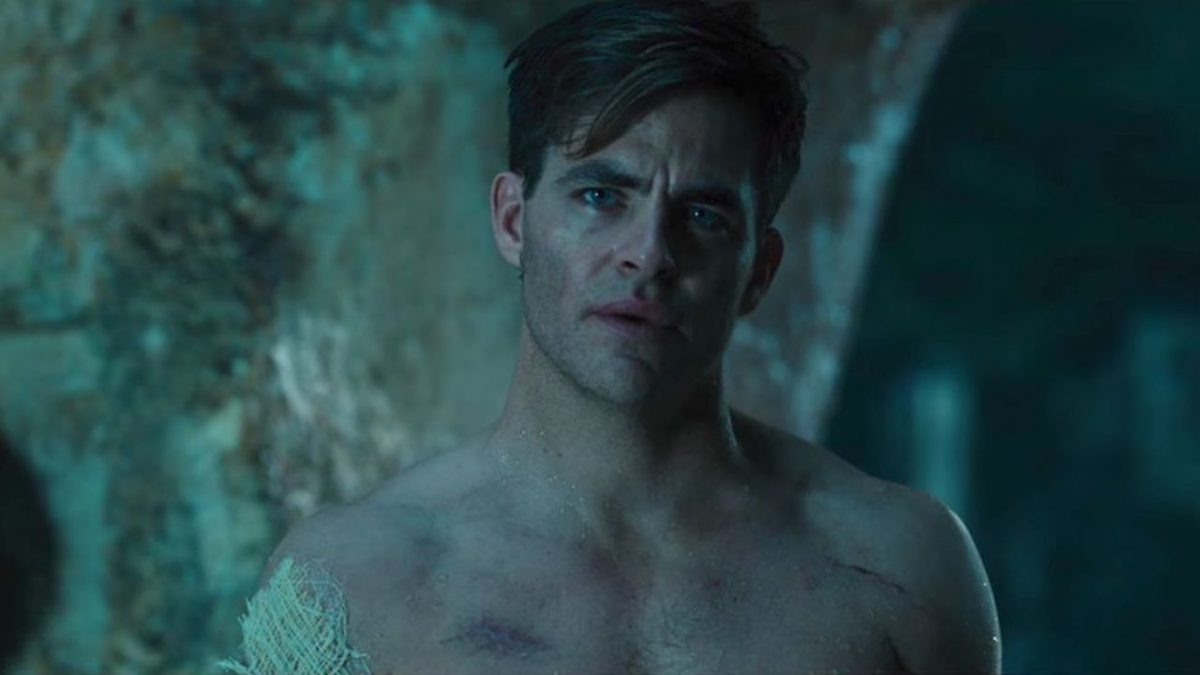 Readers, get ready. It’s about to be an explosion of puns about Chris Pine’s Captain Kirk, if you know what I mean. The actor bares both his ample nacelles and his warp drive (translation: his bum and his front) in his new film, Outlaw King. The lord might have taketh in terms of him being in Star Trek 4 at the moment (more on that later), but the lord has giveth us a look at his phaser, and I guess that more than makes up for it.

Am I done with the puns? Probably not.

It seems that the talk of Toronto International Film Festival this year will be Pine’s full frontal sequences (Plural! There are two scenes!!) in his Scottish war epic. Reviewers spoke about a “Wiseauian” sex scene that lingers on his backside as well as gives us a look at the photon torpedo he’s packing, as well as a sequence where we catch a glimpse of the captain’s log as he bathes in a lake.

I have not seen the film yet, but I am personally really loving Vulture’s splendid review of the various nude scenes, which culminates in describing how gratuitous both scenes really are to the general plot. Variety’s review also has a particularly scathing send up of why the nudity was included, outside of it being Pine’s attempt at wresting the position of Best Chris from Chris Evans:

“The appeal of “Outlaw King,” by contrast, is that it’s thoroughly R rated (or will be, once the MPAA gets a look at it), full of sword-to-sword, spear-to-the-skull combat for war-movie mavens, and something like 15 seconds of full-frontal Chris Pine scenery for his fans. The carnage should sell itself, but will Netflix users sit through nearly two and a half hours for a flash of celebrity flesh? Cynically speaking, not only are the content company’s algorithms telling it yes, but it’s counting on thousands of new members signing up just for the privilege.”

Pine has commented on the uproar about his boldly baring it all:

“What I find very funny is that there’s so much beheading in this, and yet people want to talk about my penis… it says something about our society where people get disembowled but it’s the man’s junk is of interest.”

Pine has spoken about doing nudity in the past, telling Cosmo: “I think the way our society deals with nudity is so stupid. Whenever people are getting out of bed in a movie, a woman is covering her breasts and a man is covering his junk. That’s not real life! If you’re getting out of bed, just be naked. That’s what people do!” Apparently, he has found a film that does not engage in that behavior, but rather lets him bare it all in the name of Scotland.

Christopher, we’re all a little shocked, because a) Outlaw King seems like kind of a bro-y movie while these scenes seem a little more inclined towards the female gaze, and b) men rarely get fully frontally naked onscreen. It’s either for comedic relief (such as Jason Segel dropping trou for Forgetting Sarah Marshall) or brief background glimpses on HBO shows where it’s 95% women being objectified and walking around nude for male kicks.

But I agree with you—the nudity shouldn’t be the real question here. The fact that we’re all thirst tweeting is because we rarely get this sort of nudity, and when it happens, it becomes a bigger deal than the ever-present violent content in films. There’s an article to be written about the way sex and nudity are more shocking than gratuitous violence, but we can wait for next week for that.

Don’t worry, Star Trek fans who are really mad about the puns earlier: Pine also spoke about how he’d love to return to the franchise, but is just waiting for Paramount to call him. So there’s that. Maybe Karl Urban’s hopes weren’t unjustified.

So, folks, are you now more interested in Outlaw King knowing that Chris Pine boldly goes where no Chris has gone before? Because I sure am, and I’m really not that embarrassed to admit it.