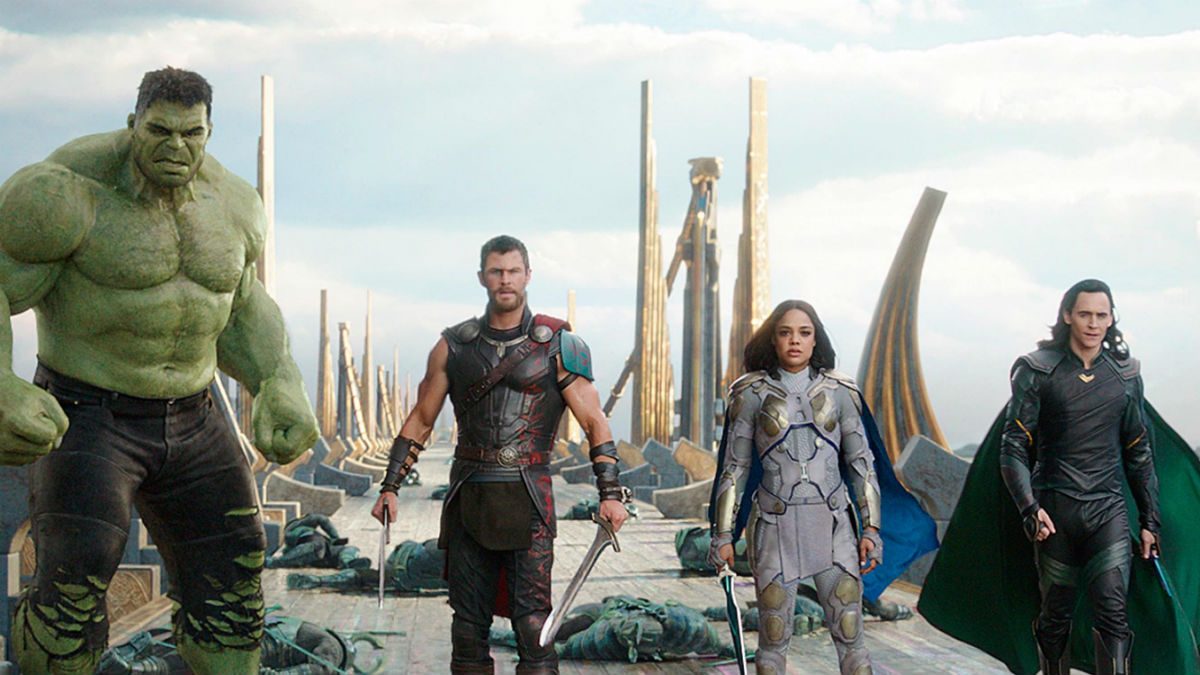 In an interview at AOL Build to help promote their film Men In Black: International, Tessa Thompson and Chris Hemsworth talked about their excellent ability to play friends on camera (they are good friends off-camera, which certainly helps). This is the third time that the two have joined up, and their chemistry is easy to see in everything they do. Crucially, they have always played friends, never love interests, and that’s important.

The two talked about their characters H and M in Men In Black, and about how Thor and Valkyrie are not romantic. But that doesn’t mean they haven’t kissed. While talking about their chemistry, they admitted to multiple kisses being cut out for their Marvel characters. This was a very good thing.

While we knew that an awkward attempt by Thor to kiss Valkyrie was cut from Endgame (thank heavens for small favors from the Russos), this was the first I’d heard of a filmed kiss being cut from Thor: Ragnarok. It honestly sounds like a terrible idea for them to just suddenly start kissing during the climactic bridge battle with Hela at the end of Ragnarok, especially since their characters hadn’t had any indication of that in the lead-up.

While there is certainly fun chemistry between Thor and Valkyrie, and earlier scripts had intended to get them together, in the end, the decision to steer their relationship platonic was the right one. A kiss out of nowhere would have been bad in Ragnarok, and even worse at the end of Endgame.

The thing about Thor and Valkyrie is that it is wonderfully nice and refreshing to see them have a friendship and a kinship without adding a romantic element to it. It’s rare in big movies, and it sends a powerful message about platonic relationships between men and women in big films and in “real life.” They’re just two characters who are trying to do the best they can with the burden of their pasts still weighing down on them, and I don’t think they need the additional weight of feelings for one another on top of it. Sometimes friends are more important at certain junctures of your life than lovers.

Thor still needs to cope with the stress of losing Loki and Asgard and Valkyrie is still recovering from her time as a scavenger and her traumatic, tragic history. Making them have a “pining” relationship for each other isn’t what we want to see. Let a man and a woman mean a lot to each other and get along like a house on fire without needing to kiss. They support each other perfectly as friends.

In short: It’s a good thing that we never got footage of Valkyrie and Thor kissing. Why you might ask? Because it means we don’t have to ruin a wonderful friendship in the process. Let’s also not forget that Tessa Thompson seems keen to let Valkyrie represent her canonical queerness onscreen. No kisses for these two unless they’re affectionate pecks on the cheek, please.