Chris Hardwick Returns to The Talking Dead | The Mary Sue 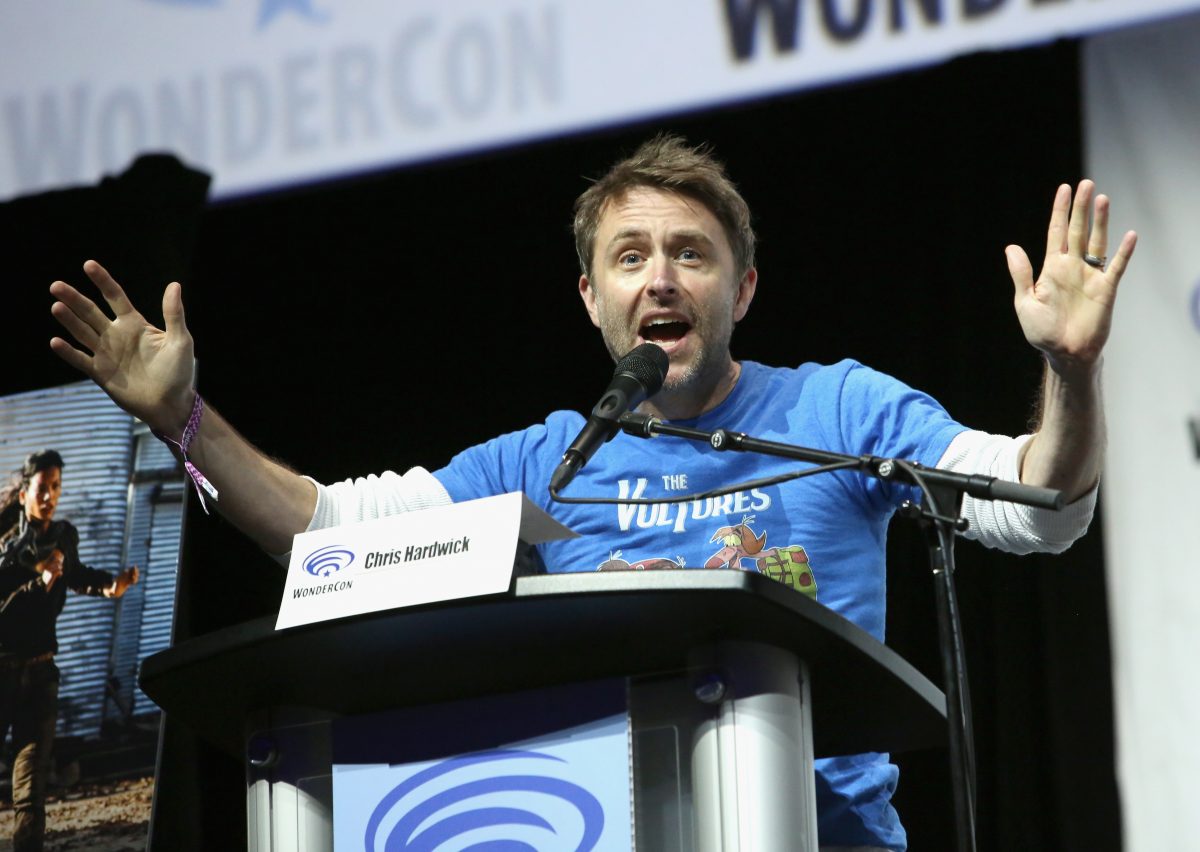 After AMC decided to re-hire Chris Hardwick following allegations of sexual assault and emotional abuse from ex-girlfriend Chloe Dykstra, the host made his return to the Talking Dead stage last night, becoming visibly emotional as he addressed the audience before the show. Hardwick’s remarks were as follows:

Hello. Normally I recap the show we’re about to talk about here, but instead I just wanted to take a minute to say that I am so appreciative to be standing here right now and I want to thank you, the Walking Dead community, for all of your support these last couple of months. This show isn’t just a job to me, it is a vital part of my life and has been like a sanctuary these last seven years. It’s been with me through good times and bad and I’m so grateful to the fans, producers and the amazing casts of both of these shows for allowing me to come here and be a part of this community every week.

It seems like we are on the precipice of great change on both Walking Dead shows in the coming weeks and months and I look forward to going on that journey with you. I’ve said the following words a million times and yet I have never been more thankful than I am in this moment to say: I am Chris Hardwick, and welcome to Talking Dead.

These remarks pointedly avoid addressing Dykstra’s allegations. AMC ran an investigation into Hardwick before allowing him to return to his hosting duties; as a result, a co-executive producer and several female staffers all quit in protest. Hardwick’s name has also since been reinstated on the about page of Nerdist, the website he founded.

For survivors, this is a frustrating moment. Dykstra’s essay was painful to read in terms of the abuses it described; for the man who allegedly committed them to come back and take his place as a self-proclaimed geek king again can only be seen as a complete disregard for Dykstra and for the women who worked on the show.

Dykstra stands by her essay, and tweeted this after Hardwick was reinstated:

Hey dudes. Just a reminder: I 100% stand by every single word of my essay. I made sure it was unembellished, factual, and that I had evidence to back it up in order to protect myself in case of ACTUAL litigation (not a network investigation, where I’m not protected). That is all.

It’s hard to see this as anything other than a complete slap in the face to Dykstra. Not only has Hardwick returned to his former seat, but he’s been offered new opportunities as well. This completely flies in the face of the idea that a #MeToo accusation will ruin a man’s life. Instead, it seems such an accusation will only put the man’s life on hold for a couple of months and then things will go back to normal.

We have to start believing women. It’s as simple as that. Women’s livelihoods should not be threatened because they come forward or because they feel the need to quit in protest when their boss comes back to work. But AMC clearly does not care about that at all, and as a result has decided to give a man accused of being heinously abusive towards his girlfriend a second chance.

Hardwick might have come across as emotional last night, but we also have to consider the emotional damage it did to survivors, especially Dykstra, to see him back in a position of power after that essay was released. They are who we should join in shedding tears for, not for yet another man who, after a slap on the wrist, returns to his former glory after a woman comes forward to share her story.