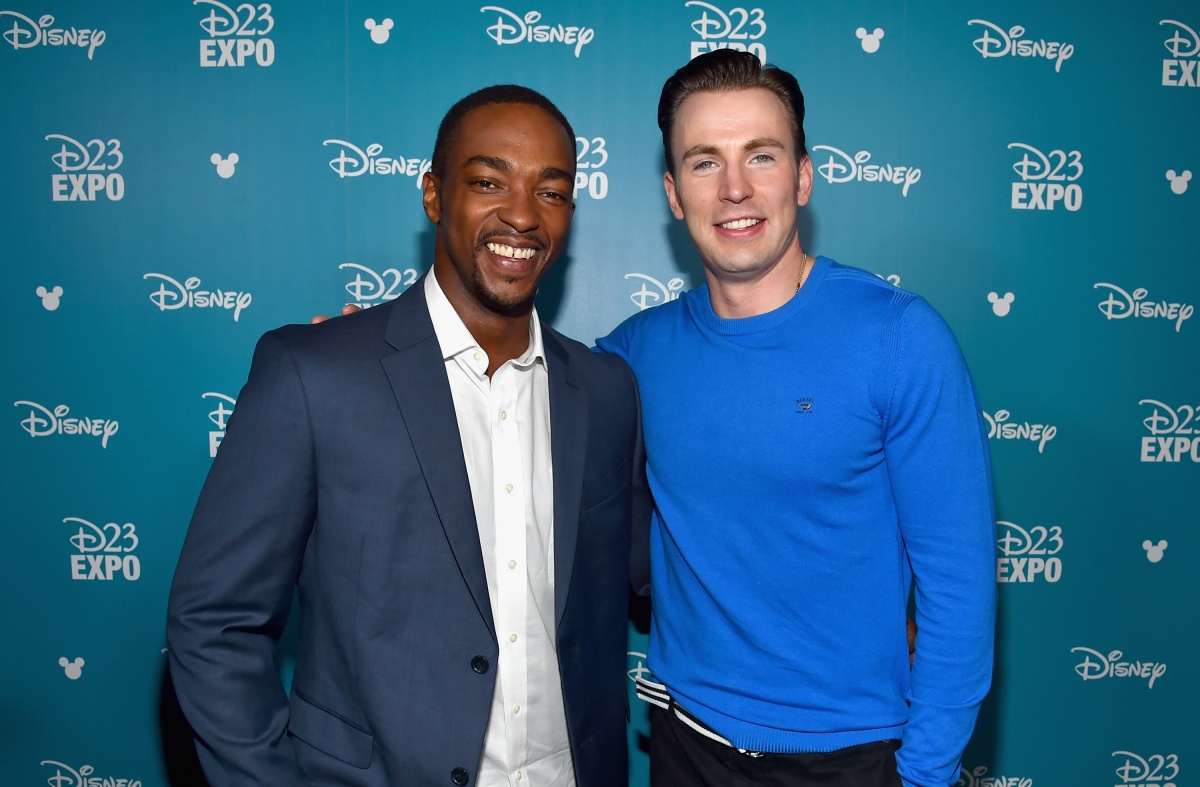 One of the most special moments in Endgame, for me, was watching Sam Wilson return (literally tattooing “on your left” onto my body) and take up the mantle of Captain America after his friend and hero gave up the shield to be old man Steve. Sam Wilson becoming Captain America isn’t new; it happened in the comics, but seeing it onscreen was a powerful moment as an audience member, and from this IMDb interview with actor Anthony Mackie, it was one for the cast, as well.

Mackie revealed that, before shooting, he hadn’t seen the Endgame, so he had no idea that this was going to be happening. It was Chris Evans who shared the explosive news that he would take over the mantle of Captain America. “We were at his house, and he goes, ‘You excited?’ And I go, ‘What are you talking about?’ and he goes, ‘You don’t know?’ He jumps up, runs out of the room and comes back in with the script,” Mackie said.

The actor went on to say that the two men cried, drank, and laughed as he processed this amazing news. “I am very happy I got that moment with Chris, for him to not only pass me the shield, but to tell me it was happening.”

Evans and Mackie first became the dynamic duo in Captain America: The Winter Soldier, directed by the Russo brothers. The two men have always had great chemistry onscreen, and it’s great to know that they share a real bond away from the cameras.

Falcon also touched on Steve’s own personal endgame of getting to go back and be with Peggy Carter: “We’re catching Steve at the end of the life he wanted to live. He found that happiness that Tony [Stark] (Robert Downey Jr.) was telling him about.”

You know what? … I’ll save my thoughts on that for another time, but needless to say, with all these changes, it’ll be especially interesting to watch him and costar with Sebastian Stan in the Disney+ series Falcon & Winter Soldier, now that they have this new dynamic to play off of. Mackie recognizes that, now that he’s the one carrying the shield, there’s a lot of symbolic responsibility to live up to.

“It means a lot to me for my sons to see Captain America as a black dude, and for me to be that dude to my sons,” he said. “So that moment was not just, ‘Hey, we’re acting.’ It was more of a thing. And then they cut and I cried. And Chris cried. And the Russos cried. And everyone cried. It was an emotional day.”

Even without being Captain America, the role of Falcon has always been an important one for comic book fans. Falcon was the first African-American superhero in mainstream comic books, as well as the first Black superhero not to have the word “Black” as part of his name—no shade, Black Lightning. We still love you.

His nephew, Jim Wilson was one of the first HIV-positive characters in comics, and in 2015, when he became Captain America, Falcon was the leader of the Avengers. I’m looking forward to seeing what comes from Falcon & Winter Soldier, and if I could have one wish, I do hope that the writers bring in Isaiah Bradley.