Could Isaiah Bradley Have a Place in the Marvel Cinematic Universe? 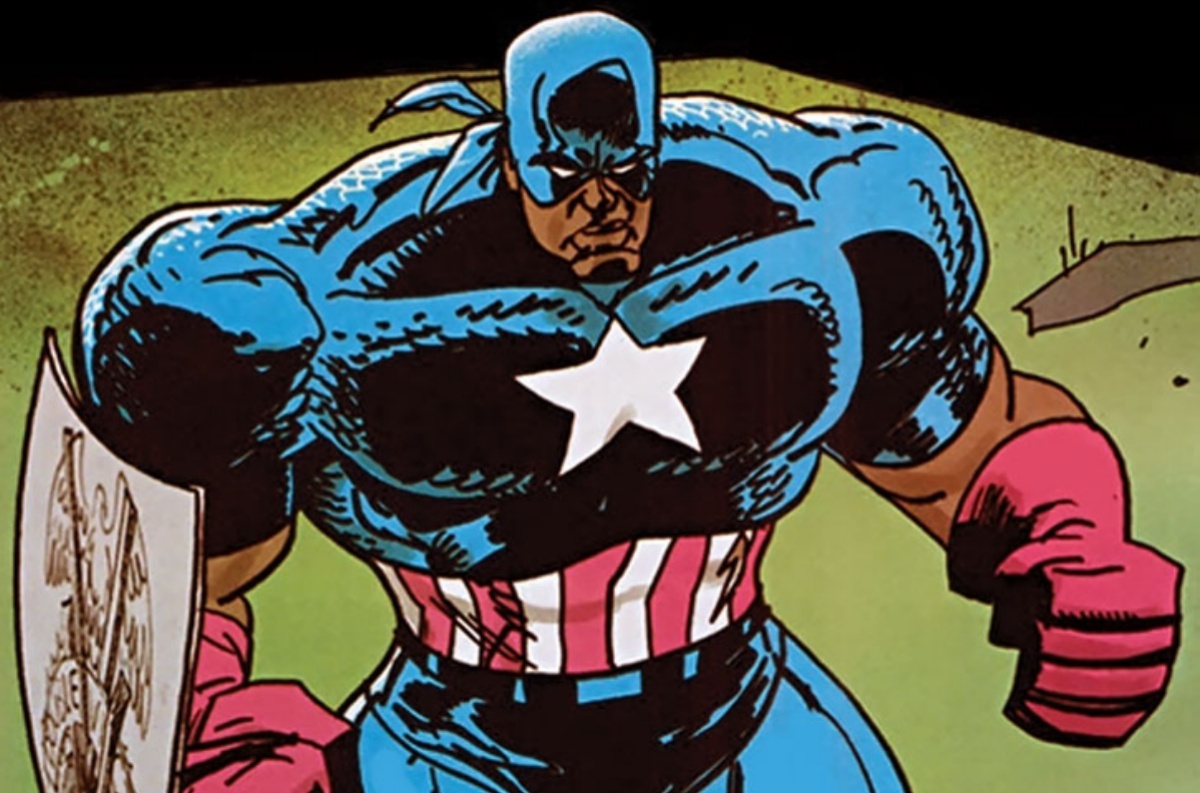 Captain America, through the on-screen adaptation of Chris Evans as the character, has become more popular than ever. With the constant back and forth about if Evans will return after Avengers 4 and in what capacity the title of Captain America will continue on, I started thinking about the version of Captain America that I think would be a great adaptation choice: Isaiah Bradley.

Bradley was created for the 2003 limited series Truth: Red, White & Black by Robert Morales and drawn by Kyle Baker. His story used the real-life Tuskegee Experiments as a basis for deconstructing the concept of Captain America’s super-serum. In the comic, it shows the government performing the experiments to perfect the super-serum on black men in an attempt to re-create the abilities it gave to Steve Rodgers.

The results lead to many black men, around three hundred subjects, being left mutilated or dead, with their loved ones being told they died in battle, with the truth never being known to them. The lone survivor of these experiments was Isaiah Bradley.

On what it meant to be a suicide mission, Bradley takes a modified Captain America costume, a proto-type v-shaped shield and goes to destroy a concentration camp that is being used by the Nazis to do their own super-soldier experiments. Bradley is captured and going to be dissected, but thankfully is rescued and returned to the States. However, the government charges him with the theft of the Captain America uniform and he is sentenced to Leavenworth Prison until he is eventually pardoned by President Eisenhower.

The comic is very gruesome, not shying away from showcasing the side effects of the serum and the deaths it causes. With the story, Marvel uses its “real world” setting to its strongest advantage, leaning into the historical atrocities that have faced the black community. Using black soldiers without the public knowing, and having the legacy of those men become a well-known story within the black communities, but unknown outside is a common thing. As time goes on we have slowly had to come to terms with how the government has worked, even in modern history, to purposefully undermine communities of color.

Outside of  Truth: Red, White & Black, the character made an appearance at the wedding between T’Challa and Storm, a match some of us are still trying to forget, and the black superheroes in attendance all instantly recognized the man, with Logan/Wolverine being confused as to what the deal was all about. 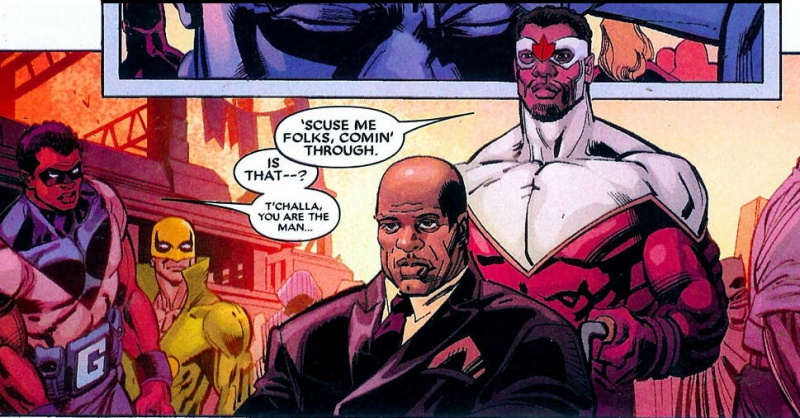 With this phase and Steve Rogers potentially leaving, and likely without another stand-alone movie to focus on him, it is doubtful that we would get a proper Cap/Cap meeting on the big screen. But I think the perfect place for Isaiah Bradley to make an appearance is within the rumored Falcon/Winter Soldier Disney+ streaming series. Isaiah Bradley is the perfect reminder that Black men and women in America have fought nobly for their country, even to their own personal detriment.

Another important point about Bradley is that when he was first slated to appear, there was a lot of backlash to the character because they thought he was meant to be some sort of replacement or commentary of Steve Rogers—until people actually read the comic and saw that was not the case. In an interview with CBR back in 2011, Axel Alonso, former Editor-in-Chief at Marvel Comics, said the following:

“When we posted our first image of Isaiah Bradley — the silhouette of an African American man in a Captain America costume — the media latched onto it as a story of interest, but a lot of internet folks lined up against it, assuming, for whatever reason, that it would disparage the legacy of Steve Rogers. By the time the story was done, the dialog around the series had substantially changed. One high-profile reviewer even wrote a column admitting he’d unfairly pre-judged the series, that he now saw it was about building bridges between people, not burning them — which I deeply respected. It’s especially meaningful when you edit a story that functions as a little more than pure entertainment.”

Isaiah Bradley is the perfect example of how to build a character based on the “legacy” of another while making him stand for something completely different. The MCU, especially through Captain America, has used Hydra’s infiltration of the government to comment on government corruption and overreach, and I don’t think it would change things drastically to include Bradley in the spin-off. Not only is he another Cap for Falcon to connect with, but he also is someone Bucky can relate to as someone forced into government experiments.

What do you think? Would you be interested in seeing Isaiah Bradley in the Marvel universe either on the small or big screen?