Chloe Moretz: Carrie Will Be Psychological Like Black Swan, Hopefully With Less Hangnails 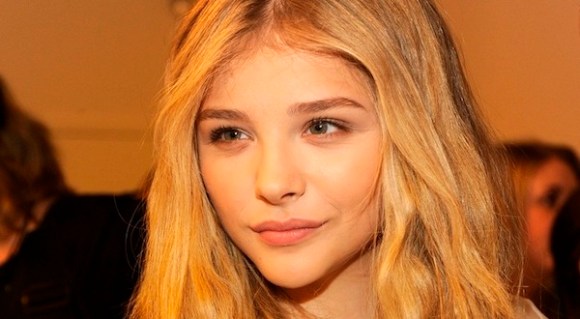 The girl playing the titular star of Kimberly Peirce‘s Carrie remake, Chloe Moretz, has provided a little insight into how she’s approaching her new, iconic role. One part of her research: not conducting any research, just diving right into Carrie’s head. She’s also saying that her version of Carrie White will head to an even deeper, darker, mentally-unstable place, similar to where Natalie Portman headed in the psycho-thriller Black Swan. And cue all the guys hoping that Moretz will share a lady love scene with Mila Kunis.

But seriously, this Carrie might be even more screwed up than the original.

In an interview with Coming Soon, Moretz says that in order to prepare to play the bullied, telekinetic teenager, she is avoiding the original movie directed by Brian De Palma movie at all costs. While she says the 1974 flick was “one of the best movies ever made,” this remake will be drawing from the book, rather than taking other cinematic cues. That, Moretz claims, takes a closer look at the dysfunctional relationship between Carrie and her mother, Margaret White (who may or may not be played by Julianne Moore) and will result in an even darker, more psychological movie along the lines of the twisted ballerina flick, Black Swan.

If you don’t remember Black Swan, that was the movie about a possibly homicidal head trip inside the mind of a mentally inflicted ballerina who envisioned herself actually growing feathers and turning into a black swan while trying to achieve balletic perfection in the most obsessive way imaginable. Also featured: a girl-on-girl love scene, eating disorders, obsessive-compulsive disorder, death, and that freaking hangnail. If Carrie goes in that kind of direction … well, that would be sick. In a good way. Moretz says that in order to play Carrie White, she will engulf herself in Carrie’s issues and let go of her own. She described it as “an out-of-body thing” — an out-of-body thing that begins production June 1.

Moretz also had nothing but praise for Peirce:

“It’s going to be very well done. I don’t want to jinx it, but [Peirce] is a genius, genius, genius director. I would never do it with someone that I don’t trust. I trust her more than a lot of the directors I’ve worked with. She’s the right woman for the job.”

As a fan of Peirce’s work, I’m more than cautiously optimistic about this movie. I’m also interested to see how this movie will be updated now that bullying is in the forefront of people’s minds in a way that it wasn’t in 1974, to say nothing of how omnipresent it is on the internet as well as in schools. And then there’s the one-way trip to Carrie’s crazy town brain, and that should also be a trip.

The original Carrie could also easily be called a psychological thriller, considering how Carrie’s powers and problems originate in her mind. But if the remake goes even deeper, is it possible we’ll become more sympathetic towards Carrie? Or less?