It’s been three seasons in the making. After watching Chloe Bennet’s Skye evolve into the Inhuman Daisy on ABC’s Agents of S.H.I.E.L.D., she is finally evolving into her superhero identity: Quake. Season Four of the show will find the character more fully embracing this next chapter in her life, but perhaps not for the best reasons. Bennet explains in a recent interview. **SPOILERS IF YOU’RE NOT CAUGHT UP TO SEASON THREE** 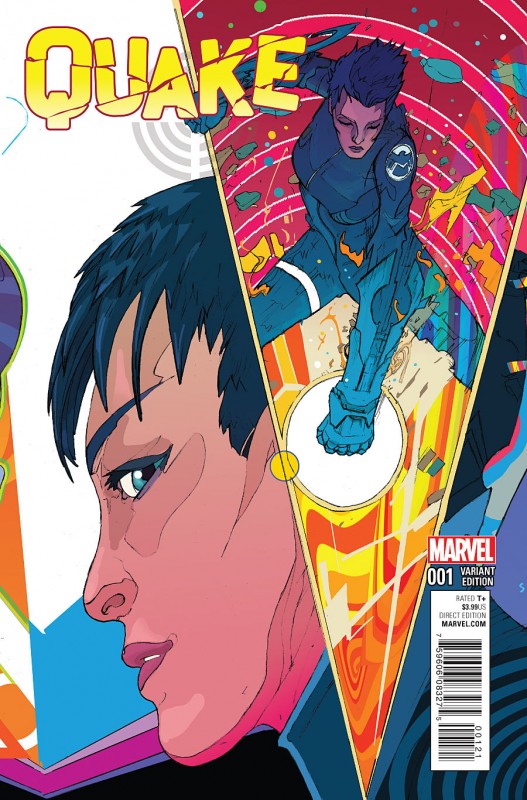 In an interview with The Hollywood Reporter, Bennet talks about what Daisy’s life will be like now that she’s embraced the name “Quake” at the end of Season Three. If you’ve been watching the show, you know that Daisy suffered a huge loss with the death of Lincoln, with whom she had a romantic relationship. That, plus coming to terms with her powers as an Inhuman, prompted her to leave what was left of S.H.I.E.L.D. and go rogue, coming out as an Inhuman whom the media dubs “Quake.”

Season Four takes place after a six-month time lapse from the end of the previous season, and we won’t know at first how Daisy spent those intervening months. According to Bennet, Daisy has separated herself from the group as a sign of love. She doesn’t want to be responsible for any more loss after Lincoln died to save her. “She’s very closed off,” Bennet explains. “She doesn’t want to have anything to lose, and that means not getting close to anyone. She thrives around people so I think it’s going to be very hard for her. You’ll definitely see her trying her best to rogue but I don’t think that will last very long or who will come in her way and change things up for her.”

She also isn’t confident that Daisy is making the best choices right now. “I know her intentions are to do right by her team by distancing herself from them,” she says. “But she’s actually hurting them and I don’t think she’s making the right decisions.”

Bennet also doesn’t know how Daisy/Quake spent those intervening six months after last season, but says she’s made up her own story as to what she may have gone through in that time. She also has an idea what Quake’s emotional journey will be this season:

“It’s about her emotional resilience and figuring out how to come back after dealing with such incredible loss. Also dealing with having these incredible powers and figuring out what to do with them. It goes back to my favorite line from the series in the pilot when Daisy says to Mike [J. August Richards], “With great power comes a lot of weird crap that you are not prepared to deal with.” That line has really carried through the entire show and especially this season for Daisy. She can do all these amazing things but can she heal herself emotionally and move forward after all she’s been through? Can she find peace in this family she has as SHIELD? I’d like to see her find emotional stability this season. It probably won’t happen though.”

I’ll admit it. When Agents of S.H.I.E.L.D. debuted, self-righteous hacker Skye was not my favorite character ever. In fact, she annoyed the living bejeezus out of me. However, over the course of the past three years, the character has grown into someone I love watching. Ever since the Inhuman element was added, the AoS writers have done a great job exploring this character and giving her nuance and depth. I’m looking forward to seeing how Quake evolves and how she is (inevitably) re-integrated into the fold. What do you hope for Daisy/Quake in the coming season of Agents of S.H.I.E.L.D?

(images via ABC and Marvel)