Chloe Bennet Defends Her Right to Speak Out on Whitewashing 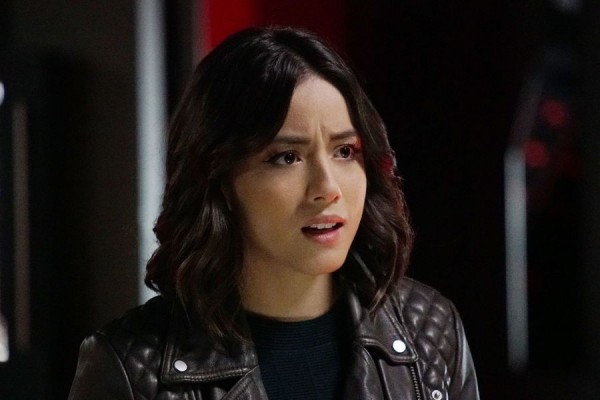 Agents of S.H.I.E.L.D. star Chloe Bennet was thrilled—like the rest of us—with Ed Skrein’s decision to drop out of the Hellboy reboot to avoid the whitewashing of his character. While Skrein’s actions have already resulted in the producers deciding to do better with his replacement, they also earned plenty of ire from some corners of the internet, up to and including an Instagram user challenging Bennet over changing her Chinese name. Bennet wasted no time in shutting that down.

The character of Ben Daimio was originally Japanese American, and Bennet wrote on Instagram how happy she was that Skrein was standing up against Hollywood’s tendency to overlook Asian Americans. She posted his statement and wrote, “DAMN, that’s a man. Thank you @edskrein for standing up against hollywoods continuous insensitivity and flippant behavior towards the Asian American community. There is no way this decision came lightly on your part, so thank you for your bravery and genuinely impactful step forward. I hope this inspires other actors/film makers to do the same.👏🏼👏🏼👏🏼–Also, dayum cute af AND a pioneer for social injustice?! Fellas, take note. That’s how it’s done.”

But a now-deleted comment (though it wasn’t the only one) took issue with Bennet’s praise for standing up against this kind of erasure while she herself had changed her name from Chloe Wang to Chloe Bennet in order to land gigs more easily in Hollywood. (Which, as she told the Daily Beast last year, worked immediately, further proving her point.) In her reply, Bennet was very clear that her decision to change her name was the result of such racism in Hollywood:

She wrote, “[C]hanging my last name doesn’t change the fact that my BLOOD is half Chinese, that I lived in China, speak Mandarin, or that I was culturally raised both American and Chinese. It means I had to pay my rent, and hollywood is racist and wouldn’t cast me with a last name that made them uncomfortable. I’m doing everything I can, with the platform I have, to make sure no one has to change their name again, just so they can get work. So kindly love, fuck off.”