“I Must Do What I Feel Is Right”: Ed Skrein Steps Down From Hellboy to Fix Whitewashing 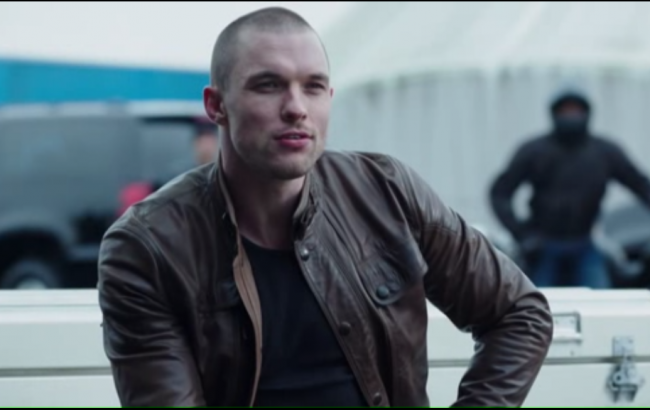 [Update: The producers have issued an encouraging response.]

The announcement that Deadpool actor Ed Skrein was cast in Hellboy as the Japanese-American Major Ben Daimio was upsetting news for many, who saw it as another instance of unsurprising, but incredibly frustrating Hollywood whitewashing.

However, unlike the “best for the role,” “the character’s ethnicity doesn’t matter,” and other weak defenses that we’ve come to anticipate, Skrein did something we weren’t expecting—he stepped down from the role and spoke frankly about representation in the industry. The actor released a statement on Twitter, stating that he “accepted the role unaware that the character in the original comics was of mixed Asian heritage.”

“There has been intense conversation and understandable upset since that announcement, and I must do what I feel is right,” Skrein writes. To not only step down from the role, but to speak openly about it and to validate our anger is something I wish more people in the industry would do. Whether this marks a shift in the whitewashing conversation, I can’t say, but Skrein’s frankness should serve as a demonstration of how actors should react to mistakes.

The rest of the letter reads:

“It is clear that representing this character in a culturally accurate way holds significance for people, and that to neglect this responsibility would continue a worrying tendency to obscure ethnic minority stories and voices in the Arts. I feel it is important to honour and respect that. Therefore I have decided to step down so the role can be cast appropriately.

Representation of ethnic diversity is important, especially to me as I have a mixed heritage family. It is our responsibility to make moral decisions in difficult times and to give voice to inclusivity. It is my hope that one day these discussions will become less necessary and that we can help make equal representation in the Arts a reality.

I am sad to leave Hellboy but if this decision brings us closer to that day, it is worth it. I hope it makes a difference.

With love and hope,

When we talk about whitewashing, the first instinct is often to direct our anger at the actors who take on the role, especially when they’re high-profile actors who aren’t in desperate need of roles. However, there’s a huge amount of fault that we need to recognize in the casting, production, and directing side that allows these decisions to happen. (There’s also an argument to be made about how whitewashing can often be a warning sign about a production, and how that erasure of Asians may be indicative of larger problems with interpretations of the source material.)

The last statement suggests that the Skrein hopes that the role will go to an Asian actor, and they won’t just replace him with another white actor. How Hellboy moves from here will show exactly where the film stands. If the team makes a change, they’ll demonstrate a willingness to listen to Asian voices. Even if it’s only to appease viewers, it sends a message that there have to be consequences or accountability for whitewashing. If they decide to double-down on their whitewashed casting, it’ll demonstrate willful ignorance and a disregard for minority talent and viewers.

We’ll have to wait and see what direction Hellboy takes, but good on Skrein for being a listener and ally. His statement not only acknowledges the damage of this individual casting, but points to the larger responsibility of those in the creative arts to promote inclusivity. We only hope that Hellboy and Hollywood listen.